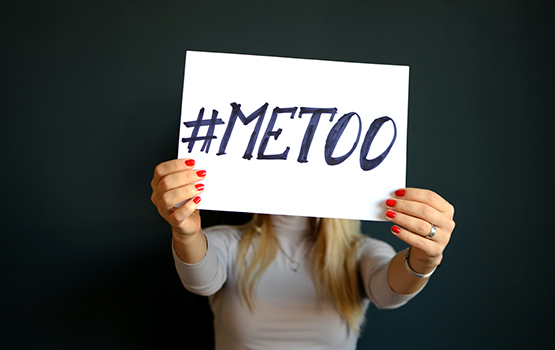 Employers should be required to change their workplace culture proactively to stamp out cases of sexual harassment, Monash University researchers say.

Instead of waiting until someone has been sexually harassed, employers should be required to change their culture proactively, Monash University researchers say.

To complicate matters further, researchers say the COVID-19 pandemic has created working conditions that make it harder for businesses to detect inappropriate behaviour and impede investigations when they’re conducted remotely.

Associate Professor Dominique Allen and Adriana Orifici, legal researchers from the Department of Business Law and Taxation in the Monash Business School, believe that barriers in the legal system are one of the reasons women choose not to make complaints if they experience sexual harassment while at work.

“It shouldn’t be up to the woman who has been sexually harassed, whose career may be left in tatters, to take action on behalf of every other woman in the workplace,” Associate Professor Allen said.

“Those who are brave enough to come forward and report sexual harassment must be supported by their workplaces and the legal system.

“Alongside this, there needs to be a regulator that can wave a ‘big stick’ if an employer does not comply and make sure that it does in the future. The equality agencies are not currently empowered to do this and the Fair Work Ombudsman’s remit does not extend to sexual harassment.”

Prior to the pandemic, employers faced significant challenges in monitoring employee conduct, but the advent and excessive use of virtual communications platforms could exacerbate permeable boundaries between employees’ work and private lives.

“It is vital that employers invest time in promoting a workplace culture, for example through training, targeted communications, policies and procedures, which reinforces expectations regarding employee behaviours, to minimise the chances of unsuitable behaviours occurring.”

In addition, Victoria Police announced it had closed an investigation into allegations of sexual assault against former Lord Mayor of Melbourne Robert Doyle. This inquiry followed on from the Council’s internal investigations into complaints by three women.

The researchers said the allegations against Dyson Heydon highlighted some reasons why women might not raise issues of sexual harassment at work. The reasons include a significant power imbalance between the perpetrator and the women who were harassed, a pronounced hierarchical structure in the workplace, lack of processes in the workplace to deal with complaints and fear of speaking out and being labelled a troublemaker.

Ms Orifici also noted that people who experience sexual harassment are more likely to come forward if there is a transparent, robust and credible process by which an organisation responses to issues.

“A workplace investigation should not be used to minimise, silence or diminish a person’s complaint but instead needs to be a tool used to address the issue and eliminate the risk of future unacceptable conduct,” Ms Orifici said.

“The events of last week reinforce that all workplaces not only need to have suitable policies about sexual harassment that set out procedures for responding to complaints, but also have policies and practices that instil a workplace culture that seeks to proactively prevent sexual harassment from occurring in the first place.”

Legal advice and litigation are expensive. Dr Allen’s research shows sexual harassment claims don’t result in a windfall. In fact, a woman might win in court and still be out of pocket by the time she pays her lawyer.

Women will be advised to settle, thereby avoiding the time, cost and emotion that comes with pursuing a case. Settlement also comes with the protection of confidentiality.