Mick has a strong interest in student engagement and has received several awards in recognition of his high quality and innovative teaching including a Dean's Award for Excellence in Education and a Vice Chancellor's Citation for Outstanding Contribution to Student Learning.  He works closely with the Physio Student Society (MUPS) to produce the annual MUPPET Show charity fundraiser - an 'old school' variety night which showcases that extraordinary talents and enthusiasm of the Physio student cohort (with enthusiasm often winning out...).

A big admirer of his own work, Mick presented his wife with a (still unopened) Christmas gift containing his 'greatest lecture moments' and regularly enthrals his 2 children with the events of his day.  Recently retired from the football field (again), Mick likes to think he can still hold his own on the basketball court and engages in regular hit-outs with his 1st year cohort - often ending in injury and tears (his). Peter is an education-focused lecturer in the Department of Accounting. He's also the Deputy Course Director for the Bachelor of Business Administration (BBA) program and Deputy Head of the Business School at Peninsula campus.

Peter has provided pastoral care to students since the mid-1980s. He first began teaching at Peninsula campus as a senior supervisor in the Halls of Residence, and has been a business course advisor for almost twenty years, providing advice to students in a relaxed and caring manner. He has a strong interest in enhancing student engagement and helping students develop strong independent learning skills to prepare them for employment. In particular, Peter’s classes in second-year Accounting Information Systems have a strong focus on facilitating the development of Excel and financial modelling skills, which are highly desired by potential business-related employers. In 2018, Peter was part of a team awarded a Monash Business School Dean’s Award for Teaching Excellence in recognition of their “significant contribution to our student’s learning experience”.

Away from the University, Peter and his wife Narelle are ‘owned’ by three miniature long-haired dachshunds (hairy sausage dogs) and two rescue cats. Being a Collingwood supporter, Peter has learnt to develop a level of resilience to Grand Final losses (he has had plenty of practice!). An acknowledged petrol-head (his wife argues that he has way too many cars – just ask him what the current count is ...), on Saturdays during the summer months he is usually found in the pits or spectator area at speedways across Victoria, NSW and South Australia following the ‘things with wings’ (900-hp methanol-powered sprint cars). Samantha is new to Aquila College and is happy with 'Sam' or she may think she's in trouble!  Sam has been with the Education Faculty for almost 5 years where she now works as an Education Success Adviser, case-managing many students in the faculty who are based at Peninsula and is passionate about their wellbeing and mental health as well as their academic progression.

Sam grew up in regional Victoria and moved to Melbourne to attend university where she gained her teaching degree and is aware of the obstacles and struggles of students who live away from home. Away from work, Sam is married and has 3 girls (16, 13 and 10) who attend their local schools. Her family are sports mad, playing or training every day of the week for basketball, football, dance or netball (Sam coaches a local U17 A grade team) and she spends a LOT of her time in the car as their personal Uber driver!

Sam enjoys bingeing Netflix/SBS dramas, travel and reading, waterskiing and loves avocado & feta on toast or whipping up a good curry. She is an 'exuberant', lifelong Carlton supporter (enough said), will debate the pros/cons of social media endlessly, and is really excited about becoming involved in the Aquila College community. 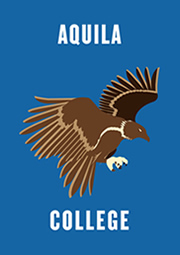