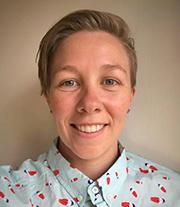 Dr Whitney Monaghan is an assistant lecturer in Film and Screen Studies, which is part of the School of Media, Film and Journalism. She knows heaps about film and television and is particularly into queer and feminist cinema, youth culture, digital media and theories of time in film and TV. She also works as screen critic, co-edits an online magazine called Peephole Journal, and helps to run the Melbourne Women in Film Festival.

Whitney completed both undergraduate and postgraduate study at Monash and has been teaching in Film and Screen Studies since 2010. Having grown up in rural Victoria, Whitney has first-hand knowledge of the importance of social and cultural engagement at University. She is super excited to lead the Lupa College wolf pack in 2019. 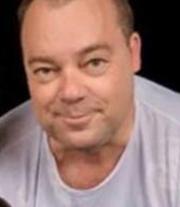 I have worked at Monash University Caulfield Campus for 12 years as the Site Coordinator, Monash Sport overseeing as much and as many programs on Campus as possible to encourage students and staff to become more active through leading active lifestyles. The sports and Fitness centre at Caulfield is the "hub" for activity on campus and brings me and the sports team into contact with all facets of the campus lifestyle, students and staff.

I have worked in many different and varying roles in sports management and administration all my working life as well as having represented Australia at the Paralympics in 1988. Sport is my passion and work, I have ridden my Hand Cycle 500 kms across Sri Lanka in 2018 to raise awareness of people with Disabilities in Sri Lanka, I currently represent the Hawthorn Football Club in the newly formed and growing Australian Wheelchair Football League along with playing wheelchair basketball. Yes I have a disability but don't be fooled, Both Whitney and I will take this fledgling Lupa Wolf pack from a gentle bark to "howling"" prominence come years end so get on board and enjoy the ride, friendships you will create will be lifelong. Oh and by the way my door is always open. 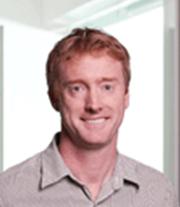 Dr White is a cardiovascular pharmacologist. He has published papers in high impact journals including Nature Medicine, PNAS, Molecular Pharmacology, Molecular Pharmaceutics, Journal of Medicinal Chemistry. He has supervised 7 PhD students to completion as primary supervisor. He has attracted funding from a variety of industry sources, National Heart Foundation and Nanotechnology Victoria. His main area of interest is the development of cardioprotective agents for patients who have suffered a myocardial infarction. Dr White, along with Dr Lauren May, Professors Arthur Christopoulos and Peter Scammells, lead a group developing novel adenosine receptor ligands for post MI patients. 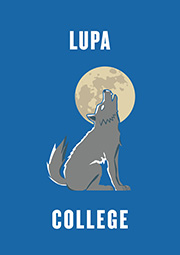