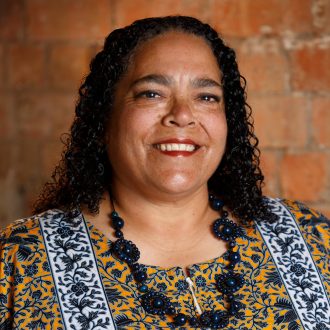 With festival cancellations, venue closures and live gigs on hold for the foreseeable future, the Coronavirus pandemic has had a devastating impact on the performing arts industry. With physical distancing in place, artists are using technology in new and creative ways to connect with audiences from home. We check in with some friends of MLIVE to find out how they are adapting to life in lockdown.

The Season, featuring Lisa Maza, by ILBIJERRI Theatre Company opened at the Alexander Theatre in August 2018. ILBIJERRI is the longest established First Nations theatre company in Australia,  creates, presents and tours powerful and engaging theatre by First Nations artists that gives voice to their cultures.

MLIVE: Can you talk us through how the COVID restrictions and shutdowns have impacted you personally as an artist?

I had a couple of acting gigs coming up that I was really looking forward to, working on a theatre show at Malthouse which was cancelled indefinitely, and ILBIJERRI’s Black Ties at Brisbane Festival which has been postponed until next year.

Between gigs I always normally get a little bit of work, some MCing, in-conversations, music gigs, creative developments, which of course, none have been happening. I was lucky enough to receive some COVID support which was very helpful, but doesn’t really cover the amount from the cancelled gigs, and doesn’t make up for the disappointment of the loss.

While I’m at home I usually have a pretty quiet life, but I like to get out and about and catch up with mob while I’m working or at gigs or on social occasions, and obviously that hasn’t been happening. I haven’t been able to go on holiday which has been very disappointing, and even worse than that, I haven’t been able to get a massage!

MLIVE: During this time of social and physical distancing, how have you been maintaining connection? Have you managed to connect with your audiences in new ways?

Well, I performed in, recorded and edited a very basic video of a music gig that I did. That was two weeks of work, it was quite a bit of stress, there was a deadline and I was using particular editing software for the first time. So, for a few hundred bucks that was a lot of work, but certainly a good challenge for me. I was offered a performance opportunity at Malthouse Theatre to perform in The Lockdown Monologues, which was rehearsed and recorded live via Zoom. I’ve done a little bit of voice-over work, I’ve had many Zoom meetings! I’ve listened to many Zoom masterclasses, discussions, panels and talks. I am currently learning more about writing with ILBIJERRI’s BlackWrights program. I have done some socialising on Zoom, birthday parties, family get-togethers. I’ve also started making phone calls to friends, family, and random people that I haven’t spoken to for ages which has been quite fun.

MLIVE: Have there been any important creative routines and rituals for you during these times?

I go for walks everyday along the creek, and I cook a lot. I try recipes from the internet, as well as create my own with the challenge of trying to keep it healthy and delicious and it has to look good as well! I haven’t really had a working routine. You know, I’ve got a list of things to do, but I don’t really follow that list very well. So, possibly that’s why I’ve found it difficult to achieve all the things I have on that very long list.

MLIVE: What aspect of this period of isolation have you found the most challenging?

I suppose the disappointment about the loss of work that I was really looking forward to. It’s one of the first years where things looked like they were falling into place, and then all of a sudden, the whole floor has disappeared. Six months later, it’s the end of the year. Also, a bit of stress around money and the lack of it. It’s always interesting when you’re not acting, it’s like, well who are you and what are you doing? So that’s always a question which comes up when I have a period of no acting.

I suppose there’s this constant lingering fear just bubbling under the surface of the possibility of catching COVID-19 or dying from it. Or a loved one catching it and dying. I’m finding watching the journalism and the TV in Australia really quite painful. I’m finding the journalists are really just doing such a bad job, so I haven’t been watching them. I’ve watched a bit of MSNBC, which of course is American and they’re even worse off than us, so it’s easier to watch in one way because they’re not us. But it’s also really depressing, and I feel quite bad for them. So, that’s not been such a good idea watching that!

I’ve also been reading the papers everyday, Australian papers of course. I wouldn’t recommend this though, because it gives you a very dim, jaded view of the world. Politicians are just blaming each other, mining companies are blowing up sacred sites, blackfellas are continuing to die in custody, gas mining is forging on and you know, there’s just so much whinging in the papers from all the conservatives as well which is very annoying.

Being witness to all the imbeciles in Brimbank every single day who refuse to wear masks, which is particularly grating since we are the second highest case area. I’ve started coughing when people walk by just to kind of scare them! And to get a bit of a laugh, because they kind of have a good reaction when I start coughing when they’re not wearing a mask. One of the hardest things is really not having any idea of when it will end. Being in lockdown since mid-March and Stage 4 restrictions which are going to ease soon and stuck in this weird zone for half a year has been very challenging. Every once in while I get this awful feeling that this is just not going to end and that this is actually just the beginning of the end.

MLIVE: Have you felt the urge to be more creative? Are you working on anything new?

Yes I have the urge to be more creative. I suppose the initial shock and the horror that all happened at the back of a tour (luckily we finished the tour) – it was quite a distraction. You know it was a bit of that grim reality that I kind of had to deal with first. I’m currently trying to focus on working on writing this one story for this writing course. I did a little bit of renovations with my sister which was awesome, a little bit in the kitchen. I haven’t managed to do anything more. I really haven’t focussed enough time on creating art, but have instead kind of happily focussed my creativity into cooking which I’ve really been enjoying. I’ve also been watching a lot of Netflix, Prime and Stan. When I was able to get to the farm, I was able to do a bit of recording of my Mum’s story which was lovely, with the idea of sharing it with all the family. And I thought about learning a bit more about podcasting, but I haven’t done anything about that yet.
I also have a huge list of things to do which never goes away, and which I’ve only just realised had only been adding to my feelings of stress and exhaustion. Someone said to me to delete it, but I haven’t done that yet and I probably won’t, cause that would be even more stressful!

MLIVE: What do you think things might look like for the arts industry once things start to slowly open back up again?

I read about a few innovative ideas that different theatre places in Melbourne were doing  (in The Age or the ‘Herald Scum’). It seemed like very limited numbers, and I wondered if that was really just for the rich? Which is ok, but you know, there’s a lot of other people. I think people will continue to use Zoom in the online world because we’ve all figured out how to use it and it’s pretty fun and quite effective. There will probably need to be more outdoor performances I’d say, where there’s much more space and less chance of catching COVID. There will be a lot of ‘Plan B’s’ due to these conditions whilst COVID-19 continues to lurk around.

MLIVE: Any tips for staying grounded in a virtual world?

Well, it’s amazing, telephones are really still as good as they’ve ever been for keeping in contact! And obviously Zoom etc, the stuff we’ve been using. I guess it’s up to us to be proactive in contacting people, you know? Randomly or whatever, for a friendly chat and not just for work – because that is absolutely better than nothing. Keep on going for walks, being physical, eat well and healthy – and be constructive for a lot of the day, but make the time to do something fun, enjoyable and relaxing. Why not?

MLIVE: Given we’re all spending a lot more time at home these days, what has that experience been like for you? Can you describe your home studio or work station set up if you have one?

I feel very lucky, I’m living in a three-bedroom house and there’s two of us here and I’ve been able to go out to the farm a couple of times to visit my mother and sister. We have a spare room, the third room and I use it as an office. There’s a desk, a printer, a scanner, and I can see the backyard which is very good. When I’m having meetings though, the light is behind me, so that’s not perfect. Otherwise, it’s quiet and spacious.

MLIVE: What is the first thing you’ll do in a post-COVID world?

Go camping, travelling overseas, visit family in Cairns, eat at my favourite Szechuan restaurant and hopefully, get some work!

MLIVE: What song or album is getting you through?

Not exactly a song, but Australian Rain Forest Bird Sounds and Nature Sounds have gotten me through.