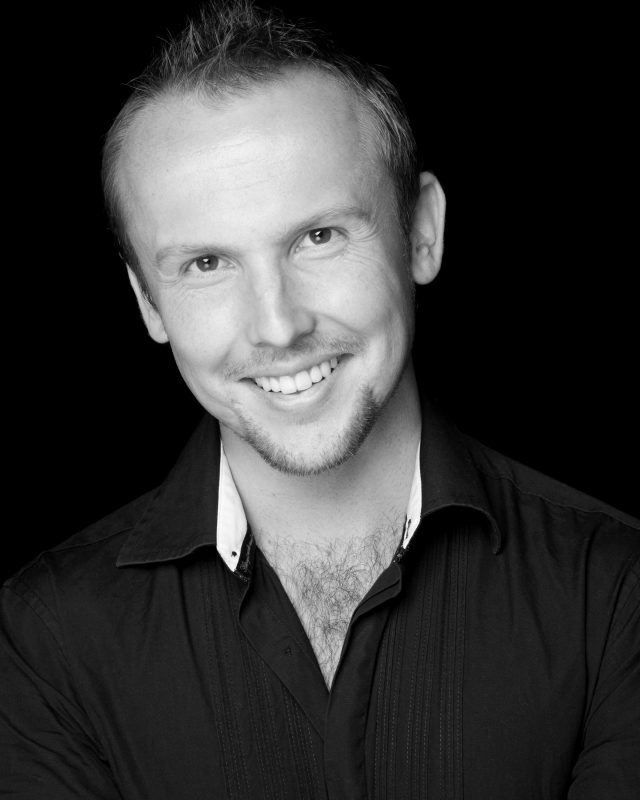 Although Australian composer Peter Rutherford always felt the pull towards writing music, he resisted the urge to pursue it professionally because his brother was, and still is, a composer. After finding enough diverging interests to feel he could carve his own path without being in competition with his brother, Rutherford wrote his first musical at the tender age of twenty two and hasn’t looked back.

We spoke to the composer about what draws him to musical theatre, his creative process and his favourite scene in The Dressmaker—A Musical Adaptation.

MLIVE: When did you start to think about devoting yourself to music and composition?
Peter Rutherford: I am not certain my memories are entirely linear about my attraction to music, but I strongly remember feeling the pull towards writing music but resisting the urge to pursue it professionally because my older brother was, and still is, a composer. He was largely responsible for, and generously helped fund my musical education with my parents when I was growing up. It was an unusual sacrifice for a sixteen-year-old to make for his younger brother; one that I’m still enormously grateful for. I thought I couldn’t possibly pursue the same career, especially not in competition with him. But then I discovered theatre music and found our interests diverged enough that we could be supportive colleagues instead. I think I was just turning 22 when I started writing my first musical, The Hatpin. It is one of the best decisions I’ve made.

MLIVE: What attracts you to musical theatre?
Peter Rutherford: It is, without a doubt, the collaboration. I am consistently over-awed by people who can see the logic and the rational way of creating things that tell our stories together. Despite the pervasive stereotype that musicals are light entertainment, they are one of the biggest, most challenging art forms in the world. They are virtuosic, innovative and clever. The medium is so flexible; able to tell all sorts of stories with all kinds of music and movement and, at the same time, disarms us to be able to feel and engross ourselves in a reality of a different sort. It’s quite a marvel of human creation.

‘Despite the pervasive stereotype that musicals are light entertainment, they are one of the biggest, most challenging art forms in the world.’

MLIVE: Written by Rosalie Ham, The Dressmaker is a story filled with unexpected moments of humour, grief, drama and suspense. Can you explain your creative process for this project?
Peter Rutherford: This was our first attempt at an adaptation of a major work. We have always created and owned our past characters until this show. It’s been a beautiful experience learning Rosalie Ham’s style and her allowing us to play with her brilliant characters for a while. Our process was to really find the spine of the story we wanted to tell. The book speaks to something unique and interesting and the film interprets and extrapolates on some themes of the book. Because they’d both been done so well, we thought we’d find a slightly different central theme that occurred to both James Millar and me when we read the novel. We then had to work out how each of the events in the book can speak to the spine of what we thought we could offer the story and then work out how that can sing. It is sometimes the largest challenge in writing a musical. In my experience, naturalism often doesn’t want to sing, so Rosalie’s big, beautiful, larger-than-life characters and dramatic setting were the perfect choice for our kind of storytelling.

MLIVE: Do you have a favourite scene in The Dressmaker—A Musical Adaptation?
Peter Rutherford: I think it’s the end of Act One. I will not spoil anything specific to the plot, but a certain event that is spoken about retrospectively in the book towards the end and is largely not present in the film really attracted us to delve into. We found a way into this delicate part of Tilly’s past through a song and I think or rather, hope, it’s some of our best writing. This is closely followed by the character of Barney McSwiney. His function in our show is a little different to his thrust in the book and making him sing was one of the most rewarding experiences of my life as a writer so far.

MLIVE: To what degree do the other creatives in the project influence you? Is the composition process an exchange of ideas and collaboration among you, or is it a one-person show?
Peter Rutherford: I think I am hugely influenced by other people. I think seeing the logic in a creative discipline is what makes someone good at being ‘creative’. This show is a big design show and we’ve had the fortunate pleasure of working with Suzanne Chaundy (Director), Adrian Portell (Musical Director), Verity Hunt-Ballard (Choreographer) Dale Ferguson (Set/Props Designer) and Chloe Greeves (Costume Designer).They each have a mammoth job to do and I’ve been totally inspired by what to do next by seeing what they each bring to the piece. It’s the fortunate aspect of writing during rehearsals; everything grows and changes as we’d like it do. It’s a pleasure to work with them all.

MLIVE: Who is your favourite composer and why?
Peter Rutherford: I have never been good at favourites. I love so many artists’ work. I have to take a respectful bow to the American theatre greats like Stephen Sondheim, Richard Rodgers, Jason Robert-Brown, Adam Guettel etc., but equally to great singer songwriters like Imogen Heap, Olafur Arnalds Joni Mitchell or Tori Amos, whose innovations and story-telling I find inspiring. I think I love a composer who can create atmosphere as much as tell a story. I love being transported by music. It’s the trick of the imagination I am still, even after all these years doing it, constantly surprised by.