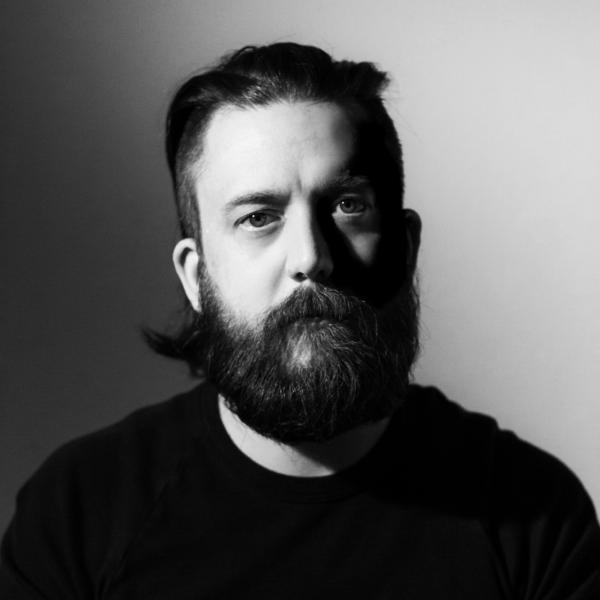 Based in Naarm (Melbourne), Rob Sowinski’s lighting and set design practice is emotive, explorative and alluring. Often influenced by the colour and tone of a piece’s writing, Sowinski elegantly manipulates light and shadow on objects in space to rouse the mood of a scene and to accentuate the emotions of a character. The resident designer for Lyric Opera of Melbourne and Watch This, Sowinski, along with Bryn Cullen, designed the lighting and set for Lab Kelpie’s urgent and arresting theatre piece Elegy.

Ahead of Elegy’s August season at the Alexander Theatre, we spoke to Sowinski about what drew him to set and lighting design, the evolving design process for Elegy and his advice for aspiring designers.

MLIVE: What drew you to a career in set and lighting design?
Rob Sowinski: I’ve always been interested in the interplay of light and shadow on objects in space; it’s an inescapable part of who I am. Scenic and lighting design gives me the opportunity to experiment with the physical composition of the stage, and with the use of light to evoke mood. For me, it’s an ongoing exploration in the integration of these elements. It’s particularly satisfying when set becomes lighting and lighting becomes set.

MLIVE: You designed the set and lighting for Lab Kelpie’s Elegy. Can you explain to us how you approached this project and touch on the sorts of challenges and opportunities you faced?
Rob Sowinski: The approach to this work was heavily influenced by the tone and colour of the writing. Scenically, we didn’t need to lock in actual places because we wanted to steer clear of any set changes that would have interrupted the flow of the piece. At various times the set needs to suggest locations such as a war zone, riverbank, asylum or disco, so the design needed to be versatile and neutral. We also required a space where seamless transitions could occur between the many characters played by one actor. The physical environment and lighting had to support these instant changes.

‘There is a freedom that comes from having no space and no budget that sometimes creates exceptional work.’

I have a deep respect for independent theatre and so I don’t often distinguish between challenges and opportunities. There is a freedom that comes from having no space and no budget that sometimes creates exceptional work. A good example is Gary Abraham’s recent and widely acclaimed production of Angels in America, produced by Cam Lukey at fortyfivedownstairs. With almost no money (and not much sleep) the team was able to create something truly exceptional. It was a privilege to be a part of that production. Likewise, the challenges we encountered during Elegy were the initial small studio space for the premiere season, having audience on three sides [of the stage] and the independent nature of the project. I feel that these factors helped focus the work into the tight and intimate piece we see today.

MLIVE: How much of your design direction is influenced by the script, the input of the director, and your own ideas?
Rob Sowinski: In general, it depends on the piece and the initial approach suggested by the director and the team. A collaboration for any production is generally a dialogue between the creatives. My approach is to have initial discussions with co-creatives then examine the piece through a wide range of research techniques. Successful design directions usually involve a collaborative approach. Some works also suggest a response that overlays new ideas or concepts over the existing piece. In the case of Elegy, John [the director] encouraged a freedom of approach that allowed us to bring a broad range of concepts that sprang from the script and our research. The early discussions around practicality suggested ideas around height, the feeling of terrain, the texture of rubble and the idea of borders, edges, barriers and lines. We were able to put early concepts together that reflected these physical needs and refine them as we went along.

MLIVE: Do you find that your ideas evolve throughout the design process? Or do they stay close to your original vision for a project?
Rob Sowinski: The dialogue with the other creatives continues throughout the pre-production period, and frequently the direction broadens and shifts—often to the point where little remains of the initial concept.
For a piece such as this where there is scope for discovery and development during the rehearsal process, the scenic elements and lighting concept can shift as rehearsals progress; particularly with the addition of another creative, the actor. Being open to new discoveries in the rehearsal room led to a better understanding and exploration of the piece.
Elegy had some important shifts and evolutions as the piece developed and the final concept was locked in after we had seen rehearsal work—a couple of weeks prior to opening. The set was then built incorporating these changes and the lighting design evolved into production week.

MLIVE: What is your favourite production from a set and lighting design perspective and why?
Rob Sowinski: I don’t think I have a favourite production. I find I’m drawn to the use of space and light in opera. For this reason I like the designs for many older productions of operas designed by Czech scenographers such as Franco Zeffirelli as well as more recent opera design. It’s also impossible not to admire the use of composition, light and projected image in Robert Lepage’s work.

MLIVE: Do you have any advice for aspiring lighting and set designers about what they can do to refine their craft, or how to get ahead in the early stages of their careers?
Rob Sowinski: I’m deeply guilty of giving advice that I don’t always follow myself, so I regard this as aspirational for me as well. The key is to find your voice and what you’re trying to say. Articulate the things you want to explore and then seek out projects and collaborations that will help you meet your goals. Refine through doing and discussion. Allow time for reflection and thought. And take a break occasionally.