Maria Mercedes on the highs and lows of acting 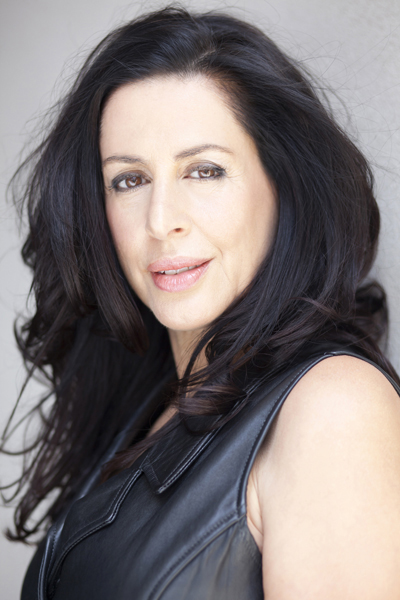 One of Australia’s most adored screen and stage actors, Melbourne-based Maria Mercedes is drawn to characters she wouldn’t ordinarily know or understand. For her leading role in Taxithi – An Australian Odyssey, however, Maria felt the pull from somewhere familiar—the heartfelt immigration stories of her Greek family.

Ahead of her upcoming performance in Taxithi – An Australian Odyssey at the newly-reopened Alexander Theatre, we spoke to Mercedes about the representation of diverse faces in Australian television, the highs and lows of being an actor, and more.

MLIVE: What inspired you to become an actor?
Maria Mercedes: Growing up, both of my parents worked in factories and so television was our babysitter. I was intrigued by films and programs, and was obsessed with actors like Shirley Temple. Fitting in was a difficult thing for first generation children of migrants in that era, and so I just really wanted to be liked, accepted and to make friends. I was the school clown and would do anything for attention to be honest. I begged my dad to send me to acting school, and didn’t know whether I could sing or not, but apparently I could. Kids from my high school told me to go onto Young Talent Time as a contestant. I’d never had a singing lesson in my life but went along to the audition and ended up winning the grand final! And so that’s how I got my start.

MLIVE: Can you explain how you became involved in Taxithi and what drew you to the project?
Maria Mercedes: I always fought against being Greek because it’s so hard to get work in this country. The face of Australia still isn’t represented accurately in television, and so as an actor trying to survive in the industry, you kind of go: ‘Well, they keep casting me in ethnic roles and so I don’t really want to know about it’. But I went along to see Helen’s first viewing of the show and was really moved. I felt so connected to the stories because they were the stories of my mother, the stories of my aunts and the stories of the neighbours that I grew up with. They were casting to do the proper production of it and so I went in to talk to the director and was offered the part! I’m so happy that I got to do it. I was able to give it to my mother as a gift before she passed away. It was my thank you to Mum and an acknowledgement to the sacrifices that so many women made immigrating here. She was only twenty-two when she came to this country and she, like many others, travelled for over three months by ship to get here and couldn’t speak the language.

MLIVE: How did you prepare for the role?
Maria Mercedes: I’d never really sung in Greek at such a level before. Only twice before. While I was workshopping for the film Head On, the director, Ana Kokkinos, asked how I’d feel about singing a song in Greek. I said, ‘Well, I’ve never sung in Greek.’ She was quite surprised! She gave me a little song to sing and that was my first foray into singing music from my parents’ heritage. And so my biggest challenge for Taxithi was getting my head around the songs, the stories and the women. Each woman was so different. Each and every one of them. I spoke to the director and we kind of went deep into their worlds, and with Helen’s blessing, were able to add some things. That was the process, really. Plus lots of practice! The director, Andrew, was such a huge help with the music.

MLIVE: What is the best thing and the worst thing about being an actor?
Maria Mercedes: I think the best thing is being able to connect to your audience. They’re the missing actors in a piece, only they’re not on the stage, so you have to transfer everything you’re doing on the set so they become like the conduit to the story you’re telling. I think that when you’re connecting with your audience through performance in such an honest and pure way, a sort of communion happens between actor and audience, and for them to feel as fulfilled as you were at the end—that’s the best part about it. And also getting to play a variety of characters that you wouldn’t necessarily or normally be able to understand. The worst thing about it, as any actor will tell you, and I’m no superstar, is that 99% of us aren’t as well known or affluent that we would like to be. You don’t go into it for the money, you know. I think if people go into it thinking they’re going to be superstars or millionaires—boy, they have a huge surprise coming their way [laughs]. So yeah, obviously the worst part about it is having no sense of stable employment or when you’re missing out on the role that you wanted to get. [The highs and the lows] and two very different experiences.