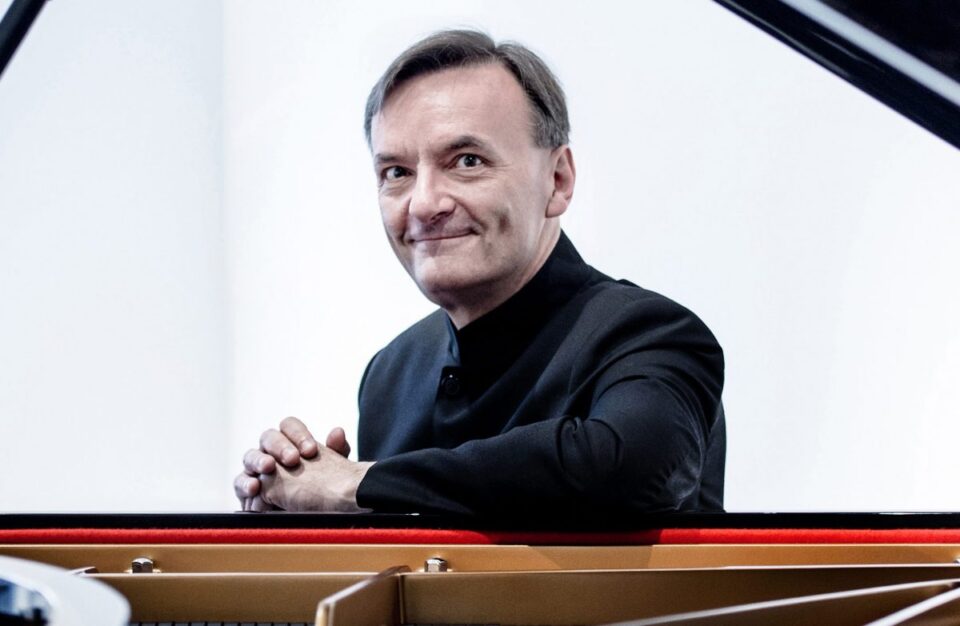 Named by The Economist as as one of the world’s top 20 polymaths, British pianist Stephen Hough’s artistic practice is not bound by form. An accomplished pianist, composer, poet, painter and writer, his catalogue of over 50 albums have garnered him international awards and he is a regular contributor to The Guardian and The Times. Best known for his technical finesse and idiosyncratic approach to a wide range of piano repertoire, he is continually motivated by original ideas and seeks to inject new perspectives into existing works.

Ahead of his upcoming concert at the Alexander Theatre, we spoke to Hough about how he balances his different creative pursuits and what inspires his music practice.

MLIVE: Growing up, was there a defining person or experience that drew you to the arts?
Stephen Hough: Not really, apart from my teachers. Gordon Green was a huge influence (he also taught John Ogdon and Simon Rattle) and I studied with him from the age of 10. But then I watched TV incessantly for years. Maybe the rubato in the theme music for Coronation Street was my greatest early-teen influence… the slight rush in bar two from the A to the E to the G stays with me to this day. I’m (almost) joking, of course!

MLIVE: An accomplished pianist, composer, poet, painter and writer—your artistic practice is not bound by form. What allows you to move between art forms so fluidly?
Stephen Hough: Poetry is the boiler room, the desire to reach beyond the everyday and the obvious. Whether it’s words or music, both playing and writing, or painting—the feeling which burns inside is the same. And it’s a sort of madness which is tamed and domestic (so far).

MLIVE: Do you ever experience difficulty in managing so many different pursuits? If so, how do you retain balance?
Stephen Hough: Actually I find they help each other. I get frustrated at the piano so I paint. My composition reaches a brick wall and I turn to poetry. I need deadlines for most of this though—and deadlines with a long reach. A year for a new, major work.

‘I get frustrated at the piano so I paint. My composition reaches a brick wall and I turn to poetry. I need deadlines for most of this though—and deadlines with a long reach.’

MLIVE: Can you tell us about the program of work you’ll be performing for us in June?
Stephen Hough: It’s a contrast between the French and the German aesthetic at a deep level, but also a way to play the greatest works for piano by three great composers. And it’s the centenary of Debussy’s death so that was a good excuse (even if I don’t need one) to play his miraculous music.

MLIVE: What and who inspires your music practice?
Stephen Hough: Panic usually! I’m not sure I would practise much if I didn’t have a concert coming up. But once I’m in front of the keyboard I do love the physical aspect of playing as well as the great music I play. It’s a pretty charmed life for all of its frustrations and challenges.