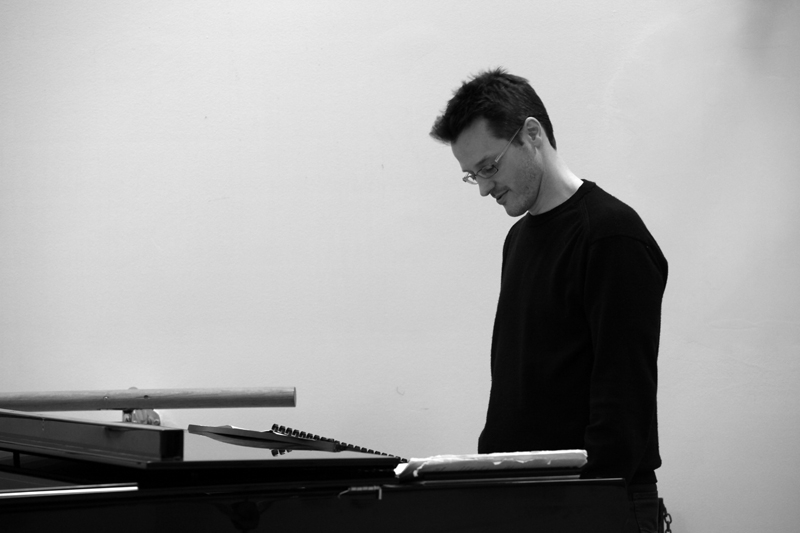 Growing up in a small and bucolic town in regional Victoria, pianist Timothy Young wanted to play the piano before most of us could throw a ball or tie our shoelaces. Initially drawn to the controlled freedom of jazz, Young soon discovered his unflinching love for classical music following his first listening of Mozart’s Sonatas.

Ahead of his upcoming recital of works by Rameau, Debussy, Cowell, Bartok and Rachmaninov at Robert Blackwood Hall, we spoke to Young about his experience of studying, living and performing in Italy, the artists that inspire him the most, and how he prepares for a concert.

MLIVE: What drew you to the piano and to classical music? Did you always want to pursue music professionally?
Timothy Young: Apparently from the age of three I wanted to play the piano. I guess this resulted from an encounter with a toy piano. Anyway, after constantly nagging my parents they finally conceded and I received a real piano for my seventh birthday.
Initially, it was jazz and improvisation that attracted me the most, but I later discovered Mozart’s Sonatas; in particular, the slow movements. Pursuing music professionally was never something I really thought of as a real option—it was just something I loved doing. Coming from a small town in regional Victoria there was very little classical music but I was fortunate to have a wonderful piano teacher, Judy Hall, and through her guidance I attended several concerts with Geoffrey Tozer and Roger Woodward in regional Victoria that must have planted the seed.

MLIVE: After receiving your Bachelor of Music at the University of Melbourne you relocated to Italy to further your studies. What was your experience of studying, living and performing in Italy like?
Timothy Young: Next to starting my music degree at the University of Melbourne, moving to Italy was one of the most exciting periods of my life. I will never forget the impact flying over the city of Genova for the first time had on me—almost disbelief.
Italy became my home for nearly 10 years and I studied and received my music degree at the Paganini Conservatorium. It’s hard to underestimate the stimulus of just living in a place where you could literally see ‘history’ on a daily basis. These were formative years—full of life experiences. I always feel a strong and affectionate connection to that period. My teacher Lidia Baldecchi-Arcuri was an inspiration, and now in her eighties, has just written a book on music and its connections with other art forms and science.

‘It’s hard to underestimate the stimulus of just living in a place where you could literally see ‘history’ on a daily basis.’

MLIVE: Learning and mastering the piano requires years of unwavering discipline and practice. Were there ever times where you questioned your commitment and wanted to call it quits? If so, how did you overcome this?
Timothy Young: I’ve been lucky to have such a strong passion for music and teaching that I feel to dedicate my life to this art is a privilege. It’s so true that it requires unwavering discipline and practice, and sure there are sacrifices to be made, but I find the actual process of studying so rewarding because it is intrinsically linked to the best that life has to offer: being creative, expressing ideas, thinking, listening and communication.

MLIVE: Which artists inspire you the most and why?
Timothy Young: So many! Michelangelo Buonarroti because I find his genius as a sculptor to realise three dimensions in space with such perfection to be extraordinary. Musically, conductor Carlos Kleiber is my idol. His combination of artistic vision, communication and realisation is just so beautifully synthesised. Instrumentally, I find the singer Jessie Norman to be one of the most incredible voices for her limitless control of power and delicacy. The list goes on.

MLIVE: How do you prepare for a concert? Is there some sort of blueprint, or does your approach differ depending on the piece?
Timothy Young: Preparing for a concert is an evolving process—our circumstances can change and we keep changing ourselves. Repertoire can determine the process: how much might be new, or rethinking old works, but also how I’m physically and mentally feeling. And then, how much time do I actually have to prepare? At the moment with two young children I have found that getting a few hours practice before 8.00am is the only solution, which means the sweet dulcet tones of my alarm at 5.30am.

MLIVE: You’ll be performing an intimate and immersive recital at the Robert Blackwood Hall on Thursday 27 September. Can you tell us about the repertoire and what drew you to each of the pieces?
Timothy Young: My idea for this recital started with Claude Debussy’s Études. This year Celebrates 100 years since his death and these technically demanding études are extraordinary works and unfortunately rarely performed. They cover a multitude of technical approaches, and one of them even pays a cheeky homage to Czerny: the composer of those wretched children’s piano studies.
To begin the recital I wanted something unique that would grab the listeners’ attention and make the most of the beautiful space in the Robert Blackwood Hall. The highly imaginative and creative genius of Henry Cowell came to mind. His works are the inspiration for many modern composers with regard to his clever use of the piano as a percussion instrument.
As a pianist it is often the case that we do not want our instrument to sound like a piano but rather a full orchestra or an imitation of the human voice. With this in mind, the other works on the program all challenge the pianist to find sound worlds that make the listener forget the piano. Rameau is a composer not heard enough and his Keyboard Suites are amazing explorations of ideas and personalities. Furthermore, they were written for the harpsichord! Perhaps a challenge for a modern instrument, but frankly they are so beautiful that I’m willing to overlook this. Bartok in his Three Burlesques creates pictures of a quarrel: someone who is slightly tipsy, and children teasing each other—finding great humour and imitative gestures in sound. Finally, what better way to end than the orchestral sonorities of Rachmaninov’s Second Sonata Op.18; a tour de force of pianism and passionate expression.