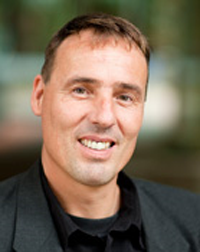 Prof. Wolvetang obtained his PhD from the University of Amsterdam. After investigating the role of chromosome 21 transcription factors in Down syndrome during his post-doctoral studies he joined the laboratory of Prof. Martin Pera to pioneer human embryonic stem cell research. In 2009 He took up a group leader position at the Australian Institute for Bioengineering and Nanotechnology at the University of Queensland. His laboratory employs iPSC and organoids as in vitro disease models and genome editing to interrogate the underlying gene regulatory networks and epigenetic bases of monogenic and complex neurological diseases. He was awarded the 2014 LSQ regenerative medicine prize and was co-recipient of the 2016 Eureka Prize for international collaboration.

Induced pluripotent stem cells capture an individual’s genetic make-up and, following differentiation into cell types of the brain, provide an attractive model system to perform functional genomics investigations into human brain diseases.  We have generated iPSC from patients with a variety of neurological diseases including leukodystrophies, Ataxias and Down syndrome. We use CRISPR-mediated gene correction and/or CRISPR-engineered patient mutations in control iPSC combined with 2D and 3D (organoid) culture approaches to reveal disease phenotypes. We have amongst others used this approach to investigate genotype-phenotype relationships between the supernumary chromosome 21 genes in Down syndrome and early onset Alzheimers disease associated with trisomy 21 and, using childhood leukodystrophy (HBSL) iPSC identified and tested a nutraceutical therapeutic strategy.