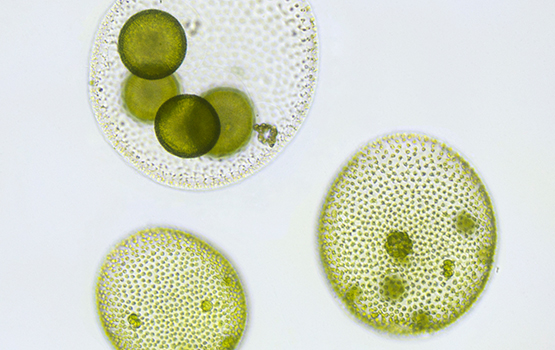 As part of an international collaboration, Monash researchers have secured $6.5 million in funding to continue research on combating antibiotic resistance.

Of the funding awarded by the US National Institutes of Health (NIH), $2 million will be directed to Monash-led research.

Antibiotic resistance is an urgent global medical challenge and has been identified by the World Health Organization (WHO) as one of the three greatest threats to human health.

In recent decades, Gram-negative ‘superbugs’ that are resistant to all modern antibiotics are rapidly spreading around the world. At the same time there has been a marked decline in the discovery of new drugs to combat these ‘superbugs’.

Increasingly, doctors have no option other than to resort to an ‘old’ antibiotic called polymyxin B, which was discovered in the 1940s. It is now being used as a last resort to treat these life-threatening infections.

Polymyxin B is able to kill ‘superbugs’, but it can also cause kidney toxicity. Unfortunately, pharmacological studies to allow doctors to choose just the right dose - to kill the bacteria and minimise the risk of development of resistance and damage to kidneys - were not conducted prior to polymyxin B becoming available to doctors in the 1950s.

The new NIH-funded multi-national, multi-centre clinical study will investigate the pharmacology of polymyxin B in critically ill patients infected with a ‘superbug’.

Professor Jian Li from the Monash Institute of Pharmaceutical Sciences (MIPS) is a co-principal investigator of this 5-year project and will lead the Monash team conducting all laboratory investigations. The Monash team also comprises Professor Roger Nation from MIPS and Professor Anthony Purcell from the Department of Biochemistry and Molecular Biology, Faculty of Biomedical and Psychological Sciences.

“With virtually a complete lack of treatment options for some life-threatening infections becoming a real possibility, this funding comes at a critical point. Our research will provide much-needed guidance to doctors on how to select doses for individual patients, such as those with different degrees of kidney function.” Professor Nation said.

“Using cutting-edge proteomics, we will be able to monitor the kidney toxicity caused by polymyxin B as early as possible, in order to help clinicians to optimise its use.” Professor Purcell said.

The landmark project will provide the urgently needed pharmacological information to help doctors use polymyxin B safely and effectively in critically ill patients.

The NIH has been a major funder of the innovative research program on polymyxins. This latest five-year grant is the sixth awarded to the Monash team since 2007.

Professors Li and Nation have been investigating polymyxins over the last 16 years and are regarded as international leaders in the field.

“Most of the modern pharmacological data on polymyxins were obtained by our Monash group. Since 2001 we have produced 124 publications on polymyxins. We are very grateful to NIH for their continued support.” Professor Li said.

Professor Bill Charman, Dean of the Faculty of Pharmacy and Pharmaceutical Sciences and Director of MIPS, said “This NIH project aligns perfectly with recent calls for combating antibiotic resistance, including the WHO campaign, the Executive Order of the White House in the USA, and the National Antimicrobial Resistance Strategy recently released by the Australian government.”