Researchers have discovered that the hormone, insulin, which regulates energy metabolism in humans, is used by a marine snail to subdue and capture its prey. 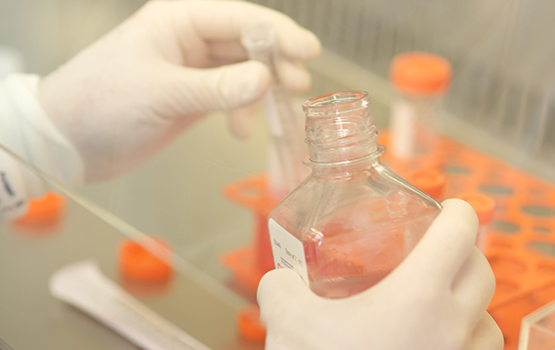 Published this week in PNAS, the research shows that the world’s most venomous cone snail produces a sophisticated cocktail of rapidly acting toxins to target the nervous systems of fish. Intriguingly, this cocktail also contains a unique form of insulin, which drugs the fish into a coma, allowing the snail to close in on its prey.

One of the scientists involved in the collaborative study, Professor Ray Norton from the Monash Institute for Pharmaceutical Science (MIPS) at Monash University, said it would be beneficial to conduct further research into cone snail insulin.

“This snail insulin is different from other insulins because it is smaller in size and contains chemical modifications that may have evolved to enhance its ability to rapidly induce hypoglycemia in prey.

“It should prove useful as a tool to probe the systems used by the human body to control blood sugar and energy metabolism,” Professor Norton said.

Found in tropical marine waters, each species of cone snail makes a distinct repertoire of venom compounds, mixtures that have evolved to target particular prey. When the venom is released into the water, the cone snail’s prey, generally schools of fish, become disoriented and stop moving, allowing the snail to protrude an expandable mouth-like part which slowly advances and engulfs the fish.

Scientists searched the gene sequences coding for all of the proteins expressed in the venom gland of cone snails and found two sequences that looked like insulin. These insulin genes were more highly expressed in the venom gland than genes for some of the known venom toxins. Researchers believed that adding insulin to the mix of venom toxins has allowed the predatory cone snails to disable entire schools of swimming fish.

To test the theory, a synthetic form of the cone snail insulin was created. Assays with fish confirmed that it causes blood glucose levels to plummet.

Professor Ray Norton said no other animal is known to use insulin in this way, although it is likely that other examples will be found now that this mechanism has been described.

“Cone snails are very slow moving predators, but they've made up for this by producing a vast array of fast-acting toxins that target the nervous systems of their prey,” he said.

“What’s really interesting is that they use a unique form of insulin. Found in the venom of these snails in large quantities, it’s very unlikely that it is being used for any other purpose than as a weapon.

“Our findings underscore the amazing diversity of strategies used by venomous animals to capture their prey or protect themselves from predators. Animal venoms have already yielded several therapeutics that are used in human medicine, and the ongoing exploration of these venoms is likely to produce even more.”

The study involved scientists from MIPS, the University of Utah, New York University and the Copenhagen Biocenter.