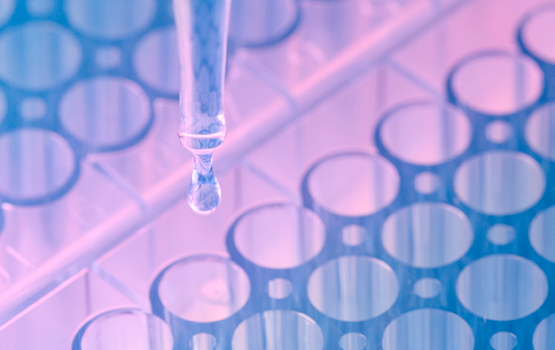 New research from Monash academics, published last week in the prestigious journal Nature, has opened the door to the development of more effective therapies for a range of conditions including Alzheimer's disease, schizophrenia and other types of psychoses.

The research, led by the Monash Institute of Pharmaceutical Sciences' Professors Arthur Christopoulos and Patrick Sexton, and by Stanford University's (and Monash Adjunct Faculty), Professor Brian Kobilka (Nobel Prize in Chemistry, 2012), focuses on a set of proteins, called G protein-coupled receptors ("GPCRs"), that regulate many of the vital functions of the neurotransmitter, acetylcholine, in the central and peripheral nervous systems. The paper represents the first time that crystal structures of these particular receptors have been solved.

"We have determined the structure of the two proteins at an atomic level: we actually know what they look like now, where previously we had been conjecturing based on more indirect methods," says Professor Christopoulos.

The knowledge revealed by the research opens the door to more precise approaches to new drug design.

"Most medicines work at a pretty rudimentary level: they turn the receptor on, or they turn it off. But that's not how the body works. It allows for a more complex mix of signals, often in a graded manner. The fine-grained knowledge of the receptors provided by our research should ultimately make it possible to develop approaches to 'dial' signals up and down in a way that mimics nature, rather than simply switching everything on or off," says Professor Christopoulos.

An important aspect of the crystal structures is that they also map alternative sites on the protein ("allosteric" binding sites) where new kinds of drugs can bind, creating the possibility of designing drugs that more specifically target some sites and not others, thus minimising side effects.

Professor Christopoulos uses the analogy of lighting in a house to illustrate the level of control that the research will ultimately enable.

"Say you wanted to adjust the lighting only in your kitchen. Using the best available current therapies, you'd only be able to do that by also turning the lights on or off throughout the whole house! With the knowledge we now have, we should be able to design drugs that allow you to do the equivalent of manipulating the lights in one specific room. More than that, you'd have the equivalent of a 'dimmer switch', letting you dial in exactly the level of lighting you want, in the room that you want."