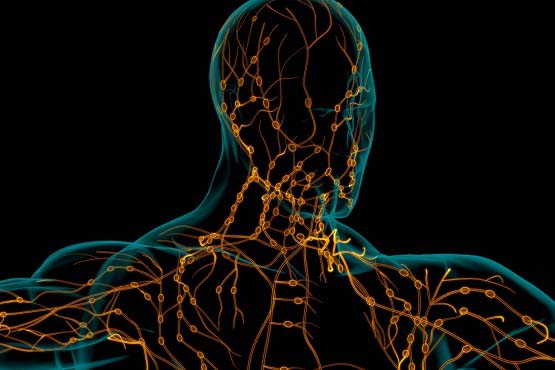 A new technology for delivering drugs that was developed by Professor Chris Porter and his team at the Monash Institute of Pharmaceutical Sciences has advanced into phase one clinical trials.

The Phase 1 clinical study of LYT-300 (oral allopregnanolone) was initiated this week and PureTech today announced the presentation of preclinical proof-of- concept data for oral administration of allopregnanolone at the 60th American College of Neuropsychopharmacology (ACNP) Annual Meeting. This is the first time that the Glyph technology has been clinically trialed. The Phase 1 study is designed to characterise the safety, tolerability and pharmacokinetics of orally administered LYT-300 in healthy volunteers and is expected to read out in the second half of 2022.

Glyph employs the lymphatic system's natural lipid absorption and transport process to enable the oral administration of therapeutics. Glyph reversibly links a drug to a dietary fat molecule, creating a novel prodrug. The linked fat molecule re-routes the drug's normal path to the systemic circulation, bypassing first pass metabolism in the liver and instead moving from the gut via the lymphatic vessels directly into the systemic circulation. For drugs like allopregnanolone where first pass metabolism limits oral delivery, the technology has the potential to significantly enhance oral bioavailability. The platform also has the potential to deliver other drugs with poor bioavailability, including immune modulators that could directly target the mesenteric lymph nodes.

In this trial, Glyph will be used to deliver an oral form of the drug allopregnanolone. Allopregnanolone is a natural neurosteroid that is a positive allosteric modulator of γ- aminobutyric-acid type A (GABA A ) receptors, which are known to play a key biological role in depression, epilepsy and other neurological and neuropsychological conditions. Natural allopregnanolone has poor oral bioavailability, thus limiting its development as a therapeutic. An injectable formulation of allopregnanolone is approved by the United States Food and Drug Administration (FDA) as a 60-hour infusion for the treatment of post-partum depression, though the method of administration has limitations. The oral form of allopregnanolone (LYT-300), which is based on the Glyph technology, is designed to unlock the validated biology of allopregnanolone, but to potentially offer a new, oral treatment option for a range of conditions where there is significant patient need.

“LYT-300 is designed to preserve the natural structure of allopregnanolone in an oral dosage form, which we believe could potentially offer much-needed treatment options in large indications, such as depression, anxiety and sleep, as well as for more rare conditions, including certain epileptic disorders. Advancing LYT-300 into human clinical development offers the opportunity to potentially address many important psychiatric conditions without good treatment options, especially amid the growing mental health crisis,” said Joe Bolen, Ph.D., Chief Scientific Officer of PureTech.

“We are delighted to see the Glyph technology move into the clinic off the back of the very encouraging pre-clinical data announced today at ANCP” said Professor Chris Porter, Director, Monash Institute of Pharmaceutical Sciences.

“Because Glyph re-routes drug transport via the lymphatic system it has the potential to enhance the bioavailability of orally administered drugs like allopregnanolone that
would otherwise be reduced by first-pass liver metabolism and also to enable direct modulation of the immune system via drug targets present in mesenteric lymph nodes. We are hopeful that LYT-300 will be the first of many applications for Glyph”