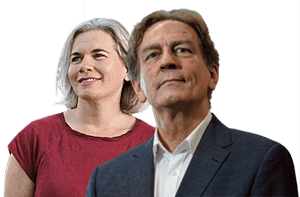 Fairfax masthead Good Weekend has named a group of mRNA vaccine developers including Monash Institute of Pharmaceutical Sciences’ Professor Colin Pouton in its list of Australians Who Mattered in 2021.

Professor Pouton and fellow developers such as Dr Archa Fox feature alongside names such as Booker Prize-winner Richard Flanagan, Australian of the Year Grace Tame and Succession star Sarah Snook in the list published this weekend.

The article credits them with securing mRNA manufacturing facilities in Australia, and lauds their ability to “…win hearts, minds and dollars in a climate of confusion, suspicion and misinformation.”