Optimising frontline antimalarial treatments in the fight against malaria 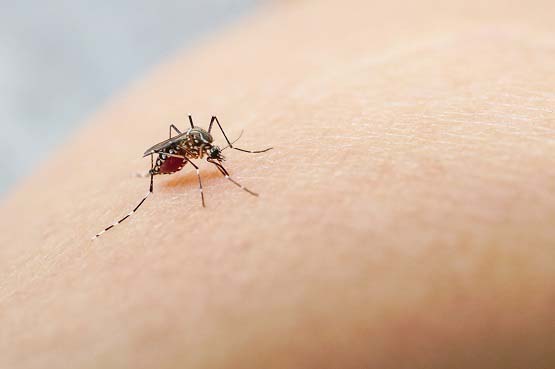 Drug researchers from the Monash Institute of Pharmaceutical Sciences (MIPS) have published more than 400 new protein targets for peroxide antimalarials, the most advanced form of medicine currently being used to treat malaria infections caused by the deadly parasite Plasmodium falciparum.

Furthermore, the team has confirmed the specific impact of peroxide antimalarials on ‘redox metabolism,’ which is part of the key defence mechanism against a stressful condition, such as drug-induced toxicity.

The study, published in ACS Infectious Diseases, is an important step in the path towards further optimising the efficacy of peroxide antimalarials, which are playing a vital role in the ongoing fight against malaria.

Frontline treatments for malaria are combination therapies based on the peroxide antimalarial, artemisinin, however, artemisinin resistance is posing a major threat to malaria treatment and eradication efforts, with new medicines urgently required. Synthetic peroxide antimalarials, known as ozonides (OZ277/arterolane and OZ439/artefenomel), are in clinical development and offer a potential alternative.

In this study, the team investigated the protein alkylation targets of artemisinin and ozonide probes, including an analogue of the ozonide clinical candidate, artefenomel. As a result, the researchers greatly expanded the list of protein targets for peroxide antimalarials and identified significant enrichment of redox-related proteins for both artemisinins and ozonides.

Lead author Associate Professor Darren Creek said: “Malaria kills hundreds of thousands of people every year, mostly in sub-Saharan Africa, with children under five years accounting for around two-thirds of those deaths.”

“Resistance to current frontline treatments is rapidly spreading, so a key focus for our team at MIPS is to investigate how we can address this significant issue by finding new ways to optimise the efficacy of current treatments.”

Until now there has been no consensus regarding the specific protein targets of the radical species that are produced by artemisinins and/or ozonides in the malaria parasite. This study provides a comprehensive and unbiased profile of over 400 target proteins and confirms the specific impact of peroxide antimalarials on redox metabolism.

Dr Ghizal Siddiqui, a Research Fellow at MIPS and co-author of the study said: “The key role of redox targets is particularly relevant considering that the mechanism of artemisinin resistance appears to involve modulation of peroxide activation and redox homeostasis.”

The study comes as the World Health Organisation recently announced the first malaria vaccine for children. The approval of the vaccine has been described as a historic moment in the fight against a significant global health challenge.

The vaccine will prevent around 30 per cent of severe malaria cases that are more likely to lead to death, which means that there is an ongoing need for effective treatments to be available alongside the vaccine.

This new detailed description of the protein targets of artemisinins and ozonides, and the important role of redox metabolism in their modes of action, will underpin future research to optimise their efficacy against increasingly common artemisinin-resistant parasites.