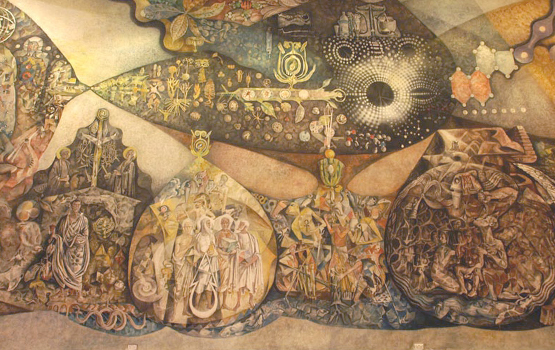 134 years after opening our doors as Australia's first school of pharmacy, Monash University has released an inspiring documentary telling the story of a small school that has gone on to become an international leader in pharmaceutical research and education.

The documentary, Years of Determination: From College to Faculty was launched in April at a special premiere held at Parkville and Professor Bill Charman, Dean of the Faculty of Pharmacy and Pharmaceutical Sciences said the film pays homage to the pioneers of the profession.

"The film traces the roots of pharmacy in Australia and highlights the generations of visionaries who have established and grown the profession of pharmacy, beginning in the newly settled Victoria of the 1800s."

"Alistair Lloyd inspired the inception of this project when he proposed capturing the history of the college and faculty, and it was wonderful to see our long and proud history burst to life in a half-hour documentary," he said.

Based on interviews with prominent pharmacy identities, the film portrays the circumstances of crucial events which moulded the faculty and the profession. The launch signifies the culmination of 18 months research, editing and post-production to document the living history of the faculty.

Jenny McDowell co-produced the film and said the final product is something that will move students, staff and alumni alike.

"It has been an honour to have worked on this project and know that we have released something that is really quite special."

"This film will evoke a lot of fond memories for graduates and will help current students understand and fully appreciate the rich history of the faculty," she said.

Professor Charman agreed, saying that the films captured the essence of what the faculty is about.

"We have a very long and proud history and it is the people past and present that make this place what it is. The film tells the story of these people as much as the institution and we now have a tangible story to show our story to date," Professor Charman said.

The documentary is the second faculty film that has been released, following the launch of The Sissons Mural Revealed in mid 2014.

Both films can be viewed online and a DVD has been produced which can be collected from the Monash University Student Services reception at the Parkville campus (free of charge).