Monash Pharmacy alumnus and long-time friend of the faculty Bill Scott has today been honoured for his substantial contribution to the health of Victorian communities with the presentation of a Monash Distinguished Alumni Award. 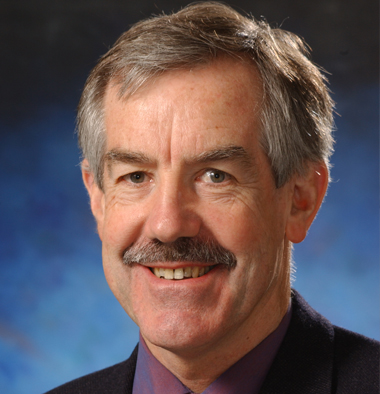 Mr Scott graduated with his Bachelor of Pharmacy degree from the faculty’s predecessor, the Victorian College of Pharmacy, in 1969. He married Helen, a fellow pharmacy graduate, and they purchased their first pharmacy at Whittlesea in 1972.

The needs of the Whittlesea community led Mr Scott to become a member of the Whittlesea Shire Council, and later Chairman of the Regional Organization of Councils. The health of the community was always the driving force for Mr Scott. At one time, he was involved with 23 local committees (including President of the Whittlesea Health Centre, Board member Bundoora Aged Care Centre, Chair of Whittlesea Severance Committee, and Chair of the Promote Whittlesea Association).

Mr and Mrs Scott became business partners with Mr Ian Shanks and together they ran five pharmacies in the northern suburbs. In 1984, Mr Scott joined the committee of the Pharmacy Guild where he was President for nine years, and involved on the Pharmacy Guild national Council for eleven years. He chaired the Health Economics Committee of the Guild as the 3rd and 4th Guild Government agreements were negotiated. Mr Scott was a non-executive Director of Sigma Company for 15 years, and was Chairman of Fred IT. He continues to serve on Fred IT’s board.

Mr Scott has been heavily involved in the training of pharmacy assistants and technicians in Australia and the USA. In 2015, Mr Scott was invited by Health Minister The Hon. Sussan Ley to be one of the three member panel reviewing Pharmacy Remuneration and Regulation.

Mr Scott has been recognised by his peers through many awards including a Life Member and Distinguished Service Medal of the Pharmacy Guild, a Fellow of the Pharmaceutical Society and the Australian College of Pharmacy, and Medals of Excellence from the Pharmacy Practice Foundation of Sydney and MSD Australia.

“Bill is a shining example of the contribution that pharmacists can make to our communities. He has been instrumental in positioning the profession to meet the public health care challenges of the 21st century. We are extremely proud to call him one of our graduates, and we are particularly grateful for his active and generous support of the faculty through various advisory and ambassadorial roles,” Professor Bill Charman, Dean of the Faculty of Pharmacy and Pharmaceutical Sciences, said.