Professor Tom Davis of the Monash Institute of Pharmaceutical Sciences has been nominated for a prestigious Eureka Prize. The nomination for the “2016 University of Technology, Sydney Eureka Prize for Outstanding Mentor of Young Researchers” recognises Professor Davis’s commitment to sharing his experience and knowledge with colleagues and postdoctoral researchers. 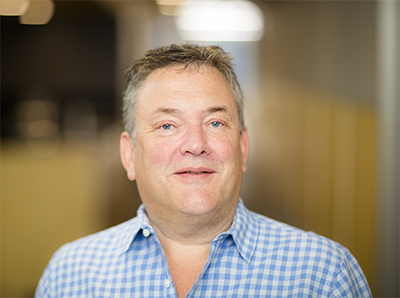 In his 25-year career, Professor Davis has mentored more than 80 PhD students and postdoctoral researchers. His progressive approach to mentoring colleagues has involved the creation of open research environments and the establishment of research centres to nurture and develop young talent.

“I try to ensure that younger researchers get recognition for their work and get exposed to a broad working environment early in their careers,” Professor Davis said.

“We are all colleagues in a team, so it’s pleasing to see them develop their own careers and go on to leadership roles. Many of my students have become my peers.”

"This nomination is recognition that, in addition to being a global leader in polymer science and nanotechnology, Professor Davis has made a long-term, substantial contribution to ensuring that the next generation of researchers make an impact both in Australia and internationally,” Professor Charman said.

Winners will be announced on 31 August 2016. For further information on the Eureka Prize, visit the Australian Museum website.