New research from Monash University and the University of Queensland could change the way critically ill patients across the world are treated. 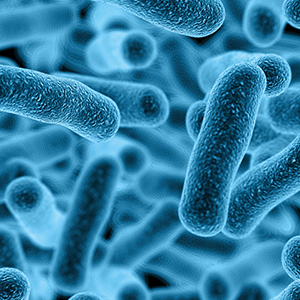 Led by Monash’s Centre for Medicine Use and Safety and the University of Queensland’s Burns, Trauma and Critical Care Research Centre, the research has revealed how using higher-than-standard doses of safe antibiotics can help combat the rise of infections caused by ‘superbugs’ – bacterial infections that resist the current standard treatment regimens.

Co-author from Monash, Dr Phillip Bergen, explained the severity of this situation.

“Superbugs are a serious problem, particularly in critically ill patients,” Dr Bergen said. “If current trends continue, by 2050 they will kill 10 million people every year.”

To exacerbate matters, development of new antibiotics is decreasing, making it increasingly difficult for clinicians to select antibiotic regimens that will save patients’ lives.

Monash co-author Dr Cornelia Landersdorfer explained that this is particularly the case with critically ill patients, who frequently have an augmented kidney function. This means that they eliminate antibiotics faster from the body, which can result in antibiotic concentrations that are too low to combat the bacterial infection. The research utilised a highly-advanced laboratory model to expose bacteria to the rising and falling blood concentrations of antibiotics over time that occur in critically ill patients with a wide range of kidney functions.

“When simulating patients with an augmented kidney function, even the highest approved daily dose of the commonly used antibiotic piperacillin/tazobactam given via the usual method was ineffective,” Dr Landersdorfer said.  “In the case of normal kidney function, the traditional dose resulted in increased resistance that would worsen the problem in a patient, while only the highest approved dose was effective.”

According to the research team, this suggests that individualised antibiotic treatment regimens are needed to maximise clinical cure and prevent resistance, thereby preserving as much as possible the utility of our current antibiotics into the future.

“Our findings highlight the importance of taking into account the physiological changes in critically ill patients, which can lead to a reduced effectiveness of antibiotics in the body of such patients, when selecting antibiotic treatment regimens,” co-author Professor Jason Roberts from the University of Queensland said.

Future research is planned to address the need for optimised individualised antibiotic treatment regimens. Where this cannot be achieved with giving a single antibiotic, optimised antibiotic combination regimens, supported by the mechanism-based mathematical model that has also been developed in this study, may need to be employed.