Breakthrough could lead to better drugs to tackle diabetes and obesity 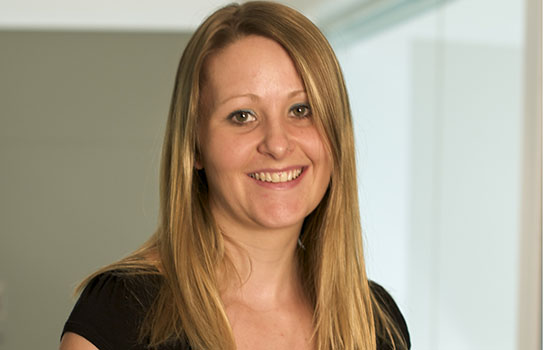 Breakthrough research at Monash University has shown how different areas of major diabetes and obesity drug targets can be ‘activated’, guiding future drug development and better treatment of diseases.

Monash researchers have identified specific areas within a key drug target, GLP-1R, that interact differently in response to the natural hormone and potential drugs, leading to differential effects in preclinical disease models.

“This knowledge can guide how to change potential new drugs to capture beneficial differences in signalling that may better treat disease,” says project lead, Dr. Denise Wootten of the Drug Discovery Biology theme at the Monash Institute of Pharmaceutical Sciences (MIPS).

Diabetes is a wide-spread chronic illness that can lead to major organ failure and death, and globally affects nearly 10% of the population,[1] with incidence of the disease rising in parallel with the large increase in obesity. In Australia, the incidence rates are even higher for Aboriginal and Torres Strait Islander peoples.

Common diabetes drugs such as Byetta® and Victoza® act via the GLP-1R receptor by mimicking the natural hormone for this receptor. Drugs that target GLP-1Rs have also been approved for treatment of obesity and are in clinical trials for treatment of neurodegenerative disorders, including Alzheimer’s and Parkinson’s disease.

However, the interaction process between drug and receptor has remained largely unclear, until now.

“What we are learning is that these drugs can have distinct actions via the GLP-1R and that these differences, termed ‘biased agonism’, can lead to differential therapeutic effects,” says Professor Sexton, Head of the Drug Discovery Biology theme at MIPS.

A recently discovered analogue of the drug Byetta®, ‘exendin-P5’ is one such ‘biased agonist’, as it interacts differently with the receptor than current approved GLP-1R drugs.

Molecular details of why exendin-P5 acts differently to other GLP-1R ligands has been published today in the journal, Nature.

The findings come from researchers within the Drug Discovery Biology theme of the Monash Institute of Pharmaceutical Sciences, working collaboratively with scientists in Germany, China and the United States.

For those wanting to read the full paper in Nature, click here.

'Phase-plate cryo-EM structure of a biased agonist-bound human GLP-1 receptor–Gs complex ' has been scheduled for Advance Online Publication (AOP) on http://www.nature.com/nature on 21 February 2018 at 1800 London time / 1300 US Eastern Time. The manuscript is under Press Embargo until this time.