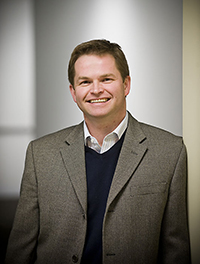 Since MIPS was launched in 2007 by the Faculty of Pharmacy and Pharmaceutical Sciences, Monash University on its Parkville campus, it has rapidly become, by many metrics, one of Australia’s most successful biomedical research institutes. It has world-class expertise in G Protein-coupled receptor biology, medicinal chemistry, structural biology, lead candidate optimisation and drug delivery. In 2016-17, MIPS will attract greater than $32 million in external, competitively sourced research income.

MIPS is home to more than 250 research-active staff and some 150 PhD students, making it Australia’s largest group of pharmaceutical sciences researchers. MIPS has partnerships with many significant players in the pharmaceutical sector including licensing partnerships with Merck, Starpharma, Capsugel and GSK and drug discovery partnerships with Servier, Takeda, Medicines for Malaria Venture (MMV), the Drugs for Neglected Diseases initiative (DNDi), and the Cancer Therapeutics Co-operative Research Centre.

MIPS is the headquarters for ARC Centre of Excellence in Convergent Bio-Nano Science and Technology, and the recently announced Medicines Manufacturing Innovation Centre, which aims to enhance Victoria’s competitive advantage as an international centre of pharmaceutical manufacturing.

The national and international research presence of MIPS has contributed to the reputation of the Monash Faculty of Pharmacy and Pharmaceutical Sciences, which was ranked second in the world for pharmacy and pharmacology in the 2017 QS World University Rankings by Subject, and ranked first in the world for the number of Highly Cited researchers (Clarivate Analytics) in the field of pharmacology and toxicology.

As Associate Dean (Research) in the Faculty for the past 10 years, Professor Porter has played an essential role in this journey of excellence for MIPS. He brings much experience to the role of MIPS Director as a research leader and having led many of the initiatives that have driven research quality at MIPS.

Professor Porter’s research group is one of the leading drug delivery groups worldwide, specialising in oral drug absorption, lymphatic transport and nanomedicine. In these areas he has published over 200 peer-reviewed papers and his work has been cited more than 10,000 times. He is a current Clarivate Analytics Highly Cited Researcher.

Professor Bill Charman says “Professor Porter’s appointment strongly signals the next stage of strategic growth to support the continued development and research excellence of MIPS. Chris has the ability, vision and the appetite to lead MIPS to the next level, on behalf of its talented researchers and PhD students, and network of collaborative partners. I am delighted he will lead the Institute as it cultivates new strategic opportunities and partnerships.”