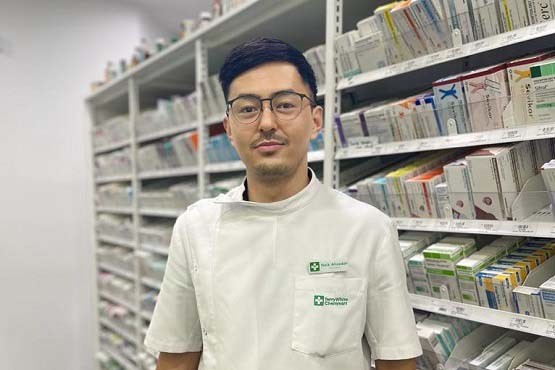 Monash University graduate, pharmacist and Afghan refugee, Neik Alizadah, is playing a key role in his local community by helping to explain medicines and prescription information to fellow Afghan refugees when English is a second language.

Mr Alizadah is working at a pharmacy in Clyde within the City of Casey where, aside from English, Dari is the third most commonly spoken language. Dari is one of Afghanistan’s most widely spoken languages.

According to NPS MedicineWise, a federally-funded not-for-profit organisation committed to supporting quality use of medicines, potential risks involved in using prescription and over-the-counter medicines can be higher for culturally and linguistically diverse communities, particularly those with low English language proficiency and literacy levels.

NPS MedicineWise and the Therapeutic Goods Administration both produce translated resources containing information on the safe and effective use of prescription medicines, however not all resources are available in all languages.

At the community pharmacy in Clyde where Mr Alizadah works, his in-depth understanding of the Afghan language and culture is proving to be of huge benefit to those who may often feel isolated and overwhelmed when seeking information on medication. He says that his own experience as a refugee living in Australia has made it clear just how important it is to encourage more refugees to enter the healthcare workforce.

“As someone who has seen my own family trying to navigate their way through the health systems after arriving in Melbourne as refugees, I understand the importance of building trust with those feeling overwhelmed.”

“Refugees and asylum seekers face a number of barriers to accessing healthcare and improved health status, including language difficulties and cultural differences. Healthcare workers with a refugee background play a crucial role in helping to build an inclusive system for everyone residing in Australia.”

Mr Alizadah said that he loves being a community pharmacist because of the rapport he is able to build with customers.

“Community pharmacies play a unique role in the healthcare system in that pharmacists are accessible medicine experts - you don’t need to make an appointment and they are there to help explain your prescription to you,” said Mr Alizadah. 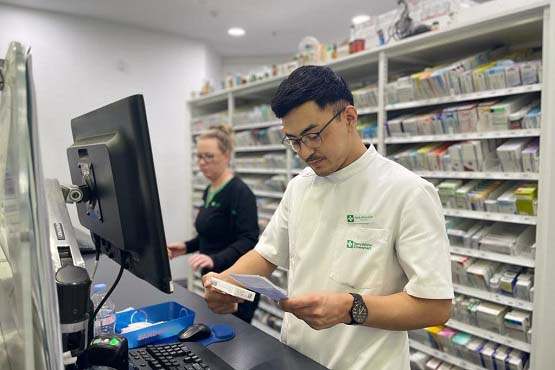 Neik works at a pharmacy in Clyde and plays a key role in his local community by helping to explain medicines and prescription information to fellow Afghan refugees when English is a second language.

Pharmacist Carolyn Wynen employed Mr Alizadah at the Clyde pharmacy following his internship year for which she was his preceptor. Ms Wynen said that Mr Alizadah has brought passion, energy and enthusiasm to the pharmacy's diverse team, and his ability to communicate with customers from a variety of backgrounds has been excellent.

“There have been so many occasions when we have been struggling to effectively communicate with various customers and Neik is so quick to step in and assist to break the language and cultural barriers,” said Ms Wynen.

“From prescription counselling and over the counter advice through to immunisation reassurance, Neik has been an invaluable conduit to assist with communication and understanding. I have quite literally seen relief wash over customer’s faces when Neik comes over smiling broadly and starts speaking to them in a familiar language they are more comfortable with.”

“It’s fantastic to witness a situation that is initially very frustrating and confusing, change to a calm and successful outcome for all concerned.”

Mr Alizadah arrived in Australia with his family in 2008. Much like many refugees living in Melbourne, his family settled in Dandenong with Mr Alizadah completing his secondary education at Cranbourne Secondary College.

At first he found Melbourne to be very hectic and overwhelming, but he thrived at school and upon graduation was accepted into Monash’s Bachelor of Pharmacy (Hons)/Master of Pharmacy.