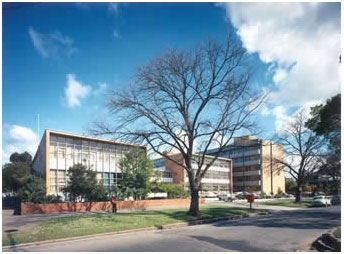 With the repeal of the Victoria Institute of Colleges Act in 1980, the college became accountable to the Victorian Post-Secondary Education Commission and had to operate in accordance with the Post-Secondary Education Act 1978. In 1984, the college became a ‘declared institution’ and was able to accredit its full range of courses through a process similar to that adopted by universities.

Initially, the college explored the possibility of linking with the University of Melbourne through affiliation in 1988 and a heads of agreement in 1989. Amalgamation negotiations broke down in 1990, however, in the face of unresolved difficulties.

Later in 1990, discussions commenced with Monash University. Affiliations and heads of agreements were entered into as first steps toward amalgamation.