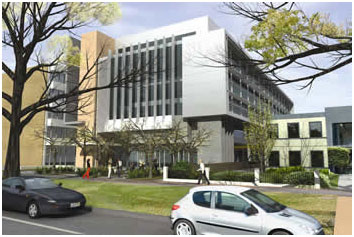 The year 2000 saw the commencement of a three-year, Bachelor of Formulation Science course at the college, which helped bring the total student population at the Parkville campus to around 650. At the end of the year, the first cohort of 135 students completed the new four-year pharmacy program.

In July 2005, the Minister for Innovation and State and Regional Development, John Brumby, launched construction on a new building as part of a redevelopment that included an upgrade of the Manning Building and extension to the C L Butchers Library. The new building was completed in 2007.