Friends of the faculty honoured

Two notable individuals were honoured by Monash University in 2017. 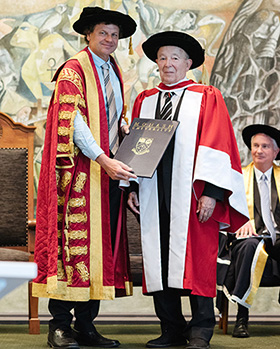 Jean-Pierre Changeux, one of the world’s most eminent biological scientists, received an honorary doctorate in September.

Dr Changeux, Emeritus Professor at the College de France and Institut Pasteur in Paris, is internationally renowned for his contributions to multiple disciplines spanning biochemistry, molecular biology, structural biology, pharmacology and the neurosciences.

His pioneering studies unravelled a previously unappreciated yet universal mechanism that is fundamental to all life, as well as subsequently contributing to our understanding of the intricate chemical processes that occur in the brain.

Monash University researchers have a particularly special connection with Emeritus Professor Changeux, having adopted his findings on allosteric modulation and extended them to the largest family of receptor proteins encoded by the human genome. 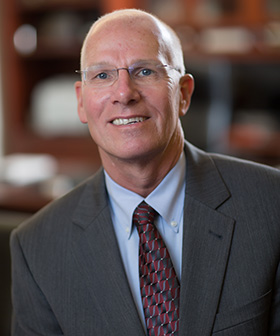 Bob Blouin, Dean of the Eshelman School of Pharmacy, University of North Carolina at Chapel Hill, received an honorary doctorate from Monash in May.

Professor Robert A. “Bob” Blouin is the Vaughn and Nancy Bryson Distinguished Professor and serves as the Director of the Eshelman Institute for Innovation, which pursues high-risk, high-reward ideas that advance innovation in education, research and health care.

During Dean Blouin’s 14-year tenure at UNC, the UNC Eshelman School of Pharmacy has experienced unprecedented growth in its research, education and global engagement programs.

“Dean Blouin has played a leading role in shaping the modern idea of what it means to be a world-leading school of pharmacy,” says Professor Charman. “His international outlook and relentless pursuit of excellence have benefited his institution, our profession, our field of education and research, and patients around the world.”