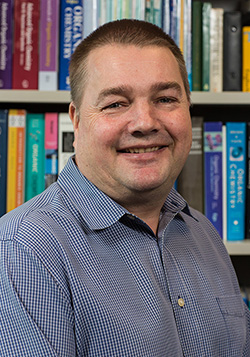 Monash University drug discovery research has led to a change in editorial policy of the world’s largest scientific society, in a move that could save government and industry millions of dollars a year in preventing dead-end research.

Research by Monash Institute of Pharmaceutical Sciences’ Professor Jonathan Baell identified key types of compounds that can create false positives in early-stage research. These false positives can lead to researchers wasting many years optimising promising-looking drug candidates that can’t be developed into drugs for the disease they were designed to treat.

His research was originally published in the Journal of Medicinal Chemistry in 2010, and Nature in 2014. Recently, in an effort to alert the scientific community to this problem, and prevent more researchers going down blind alleys, the American Chemical Society (ACS) announced a stringent and uniform editorial policy across all its journals. It will no longer publish research containing the misleading compounds identified by Professor Baell and his co-authors.

With almost 160,000 members, the ACS is the largest scientific society in the world and publishes many of the most-cited journals in the chemical and related sciences.