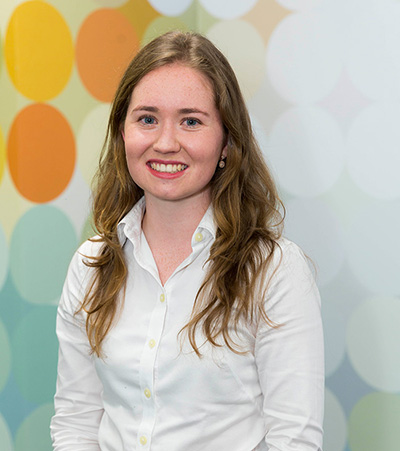 2017 Australian Pharmacy Student of the Year

Jessica Bailey has always had a passion for people and health care. As a strong performer in mathematics and chemistry, she completed first-year university chemistry while still in Year 12 as part of the Monash Extension study program.

With a number of options available to her, career flexibility is what ultimately drew her to pursue pharmacy. When Jessica started university in 2014, a decision to step out of her comfort zone set her on a path that has created some exciting personal and professional opportunities. “We were the only first years there, but I met a girl who was looking to hire someone, and it’s where I got my first pharmacy-based job. I still work there now,” she says of her decision to go on a club pub crawl in her first semester of first year.

This chance encounter made her realise there were so many opportunities to be had as a student if you were willing to put yourself out there, so she became involved with clubs on campus. She signed up to the Victorian Pharmacy Students’ Association (“the VPSA”), starting as assistant treasurer in her first year, progressing to education officer and then vice-president. Jessica believes that being involved allowed her to form networks not only with her fellow students, but also with staff and industry. As well as various roles in VPSA, Jessica has also been involved with the faculty as a mentor for incoming students, helping them navigate their way through transition from high school to university.

Despite moving out of home to live at the local residential college, Jessica wasn’t content to stay still for long and took up an intercampus exchange in the second semester of her second year. “I always wanted to go on exchange. When I heard about the Malaysia-Australia intercampus exchange, I thought, why not?” She spent a semester studying in Malaysia in what she said was a real eye-opening experience, immersing herself in the Malaysian culture and way of life, and living with other exchange students from around the world, creating long-lasting friendships that have afforded her many more international experiences.

By that stage well and truly bitten by the travel bug, Jessica then reached out to a pharmacist in the UK – who she didn’t know – to find out about pharmacy practice in the UK, which in turn led to her undertaking a placement at King’s College as part of her program.

On returning to Australia, Jessica continued to take up any opportunity presented to her. This included completing a summer research project, on the development of novel irreversible biased agonists for the adenosine A1 receptor, under Dr Lauren May. Working on this project allowed Jessica to present her work at the International Conference of Undergraduate Research, which she regards as a career highlight – not only being involved in an international event, but presenting her work to researchers across various disciplines.

When asked about her Pharmacy Student of the Year win, Jessica laughs at how she applied for the counselling competition just to practise for her exit OSCE, so it came as a surprise when she made it to the Victorian finals. After success in the Victorian finals competing against students from RMIT and LaTrobe universities, she was able to take time out from her rural placement to attend the national conference PSA17 held in Sydney in July, where she competed in the final and won.

Jessica found presenting in front of an audience to be a nerve-wracking but amazing experience. “I just wanted to go and say something coherent and beneficial, and then I ended up winning!”

In addition to her studies, Jessica is working on the PharmAlliance project, assisting with establishing a student platform to nurture relationships between Monash University pharmacy students and students from our partner institutions, University of North Carolina and University College London. She’s also recently accepted an internship at The Alfred Hospital, a position she’s keen to start.

She credits the mentorship she’s received throughout her time at Monash as a huge part of her success – “individuals are very passionate to share their knowledge and expertise – adding that she’s received mentorship not only from academic staff but also from her peers. “They’ve been really helpful with applications for things like internships and discussing future options.”

The future’s bright for Jessica, and while her priority now is completing her internship, she’s excited there are so many opportunities available to her; she’s considering a residency, an overseas posting and research all as viable options.

A final word from Jessica as to how to manage it all: “It’s challenging, I can’t deny that, but you never know what opportunities exist unless you put yourself out there.”