Course director update: Coaching the next generation to victory

Coaching the next generation to victory 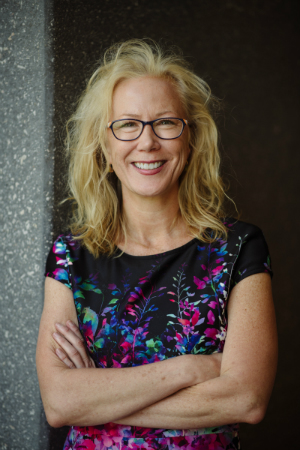 We’ve done this to ourselves.

When we started in academia, we had the not-unreasonable expectation that we would teach in much the way we ourselves had been taught - and indeed as higher education had been delivered for hundreds of years.

We would stand at the front of a lecture theatre, or perhaps a lab, and students would lean forward, straining to hear our pearls of wisdom.

We were onto a good thing. But we had to go and change it.

If you’ve been following recent developments at the faculty - and in higher education more generally - you’ll know that we’ve been increasingly focused on equipping our graduates with finely honed skills to accompany their deep knowledge. This evolution reflects both the best academic research into professional development and our consultation with practice and industry stakeholders. Skills such as problem-solving, communication, teamwork and integrity are transferrable to most existing and emerging career pathways in pharmacy and pharmaceutical sciences.

In the past it was widely assumed that people were born with, or would develop skills of their own accord. That may be true in some cases, but as a faculty we believe that professional skills are too important to be left to chance. Employers should be able to expect that every Monash graduate possesses an advanced skill set, so we have decided to teach these skills explicitly.

And whilst the traditional didactic model might be barely adequate for transmitting knowledge (although we have better ways to do that as well), it’s lousy when it comes to building skills. The literature concludes that skills are best developed through a cycle of practice, feedback, reflection, feedback, and coaching. That necessitates an entirely different pedagogical model – one more akin to the models found in classical music or professional sports rather than academia. 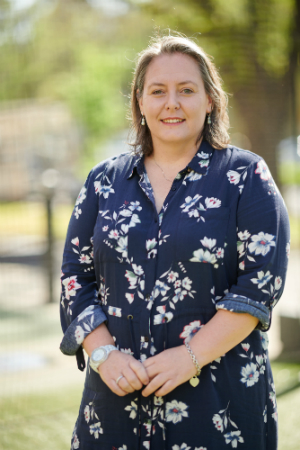 Like athletes, students need a lot of practice. About one-third of our academic week is dedicated to hands-on workshops and laboratories in which students perform tasks that would be expected of practitioners and scientists. Across the courses, students also engage in extensive small group work and experiential placements. But how do they know whether their practice is paying dividends?

First, students receive regular performance feedback. Next, our students reflect on their performance using their feedback as evidence, and consider how they can improve. They submit reflections using the framework developed by Borton, in a well-known model of reflective learning: What? So What? and Now What?

In the “What?” section, students summarise their experience and identify the opportunities for improvement.

In the “So What?” section, students explain the importance of their experience and contextualise their skill proficiencies within the broader framework of their learning.

Finally, in the “Now What?” section, students outline their strategy for skill development, ideally composing a plan that is SMART (Specific, Measurable, Attainable, Relevant and Timely).

Put me in, coach!

Practice and reflection are important, but who is there to help our students to refine the reflective skills they will need to exhibit, in order to continue improving once their degree is finished? A coach!

At regular intervals throughout the year, students meet in small groups with an academic (early years - pharmacy and pharmaceutical sciences) or a practitioner (later years – pharmacy) “skills coach.”

The skills coach reviews the students’ reflections and evidence and then provides tailored feedback, so as to facilitate a set of agreed actions. From their close perspective of the student journey, coaches identify common themes that they use to spark discussion, enabling the group to learn not only from the coach but from each other. It’s common that really deep dialogue emerges from these sessions as the students tend to feel comfortable with a coach who knows them well.

Because we’re coaxing students to reflect on their own behaviours and thought processes, and come to realisations about themselves, coaching requires a little bit of the demeanour and skill set of a psychologist. This is a new approach for our staff so we meet regularly to plan for and debrief about coaching sessions.

In It to Win It

If this all sounds resource intensive, that’s because it is. The faculty has made a considered decision to invest heavily in skills coaching. We believe it’s the only way to equip our students with the skills they will need to be successful in the rapidly shifting employment market.

But the program also has other benefits.

In some ways coaching hearkens back to the way things were done before the massification of higher education that followed the Second World War. Coaching provides an antidote to the anonymity of large classes, guaranteeing that each student has at least one teacher who knows them well each year – someone who can vouch for them to a future employer, or ensure they’re not falling through the cracks.

The advantages for prospective employers are many.

Over time students build an online portfolio of their learning, an evidence base that provides transparency for employers. It’s one thing for an interviewee to assert that they are great at, say, teamwork. It’s quite another for an applicant to be able to prove it. Students can now articulate their mastery of a skill through their portfolio just as objectively as they can demonstrate their knowledge of a particular area of, say, cell biology through their academic transcript.

The program also encourages students to adopt a professional mindset much earlier than they otherwise may have. As the surgeon Atul Gawande recently put it, a professional is someone who is capable of managing their own improvement. With skills coaching, students very quickly realise that they are responsible for their own learning.

From Ron Barassi to David Parkin, our neighbourhood is no stranger to superstar coaches.

It’s early days for us yet, but the signs are promising. More than 750 students are engaged in skills coaching, and more than 14 000 reflections have been submitted to date.

And in October, the team leading the skills coaching program, Kirstie Galbraith, Andreia Bruno, Vivienne Mak, Jen Short and Thao Vu, won one of the Faculty’s most prestigious prizes, the Teaching Excellence Award.

In doing so they represented the cast of many academics and practitioners who have made the program a success. We’d like to finish by acknowledging that team here: