Professor Ritchie was previously an NHMRC Senior Research Fellow and Head of the Heart Failure Laboratory at the Baker Heart and Diabetes Institute. 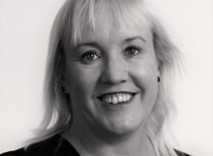 She will be replacing former Theme Leader, Professor Arthur Christopoulos, who stepped down from the position to assume his new role as Dean of the Faculty of Pharmacy and Pharmaceutical Sciences in August of this year.

A graduate of the Dept of Medicine (Cardiology) at the University of Adelaide under the supervision of Professor John Horowitz, Professor Ritchie’s PhD focussed on predictors of myocardial function in vivo in patients with coronary heart disease, including development of the first quantitative model of the force-interval relationship in human myocardium.

Her postdoctoral training (with Prof James Marsh in the Program of Molecular and Cellular Cardiology at Wayne State University 1995-1997, USA) and the Florey (with Prof Greg Dusting, 1997-2002) led to her recruitment to the Baker (from late 2002). Professor White joined the Faculty in 1998 as an Assistant Lecturer and has contributed to the Faculty's education and research missions over the past 21 years. He has worked with other Faculty leaders to transform teaching and learning. His impact has been acknowledged with receipt of national teaching awards from the Australian Government Office for Learning and Teaching and the Australasian Society of Clinical and Experimental Pharmacologists and Toxicologists, in addition to the Vice Chancellor's Award for Teaching Excellence in 2014.

His education research has informed the Faculty's approaches to learning and has been highly cited. In addition to his contributions to education scholarship, Professor White has co-led a research group with Dr Lauren May that continues to shed new light on GPCR signalling in cardiovascular disease, identifying compounds that produce cardioprotection with substantially reduced adverse effects.

His work in this space has been published in top tier journals, including PNAS and Pharmacology and Therapeutics, as well as attracting substantial funding support from the NHMRC. Professor White has supervised 15 PhD students to completion.

He will maintain his portfolio as Associate Dean, Education.

The Monash Institute of Pharmaceutical Sciences (MIPS) has again received outstanding results in the latest Excellence in Research for Australia (ERA) rankings.

The ERA process assesses the quality of research conducted at all Australian higher education institutions. The rankings provide an international benchmark by which to measure discipline expertise, and research quality and environment.

The Faculty has received the highest score of 5 in all its major disciplines: Medicinal and Biomolecular Chemistry, Nanotechnology, and Pharmacology and Pharmaceutical Sciences. The score of 5 denotes a research output that is well above world standard.

The latest rankings mean that MIPS has maintained the ranking it attained in 2015, having received 5 out of 5 in all four digit code disciplines, confirming its position as a world leader in its key research fields.

Monash University ranked #1 Pharmacy program, top 3 in the world, for Pharmacy and Pharmacology.

The most recent QS World University Rankings by Subject have ranked Monash University in the top three in the world in Pharmacy and Pharmacology, making it the number one ranked Pharmacy program. 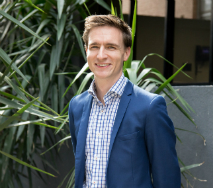 Australian dialysis patients are now at lower risk of medication errors thanks to the efforts of a group of Monash University  pharmacy students.

The students were completing an assignment set by practitioner-educator Steven Walker from Austin Health when they noticed that the Australian Medicines Handbook (“AMH”) entry for the common ACE inhibitor perindopril contained advice that conflicted with a general principle they had learned earlier in the unit.

The AMH entry advised that patients who had been prescribed perindopril should take the medication on the same day as they undergo dialysis. This advice conflicts with the general principle that medications that lower blood pressure should not be administered prior to dialysis.

The students raised the matter with Mr Walker, who referred their concerns to the Nephrology group of the Society of Hospital Pharmacists of Australia. The Nephrology group and the University then jointly brought the error to the AMH’s attention.

The latest edition of the AMH, published in July 2019, has been updated to remove this recommendation.

“This is a great example of the pharmacy community coming together to improve patient safety,” said Mr Walker. “It reflects really well on the AMH, who revised the information promptly once it was bought to their attention.”

“I’m also extremely proud of our students. Once they had identified this confusing statement, they assumed they had a duty to remediate it, which reflects a strong sense of professional identity. Less than two years into their degree, they already understand that the role of the pharmacist is not simply to endorse the script in front of them, but to promote patient safety most holistically,” he said.

The Monash Director of Pharmacy Education, Professor Tina Brock, confirmed that this sense of professional duty is something the course deliberately inculcates.

“From day one, we emphasise to our students that they are pharmacists in training,” she said. “Our course focuses heavily on skills development including having dedicated skills coaches who help students hone their abilities in areas like oral and written communication. We also partner closely with our practitioner community to provide almost 100 days of placement across the degree. This ensures students see first-hand how pharmacists influence the care model – as individuals and in teams.”