Parkinson’s disease is a neurodegenerative disease that affects a number of different neurons in both the central and peripheral nervous systems. The best described symptoms of the disease, which include difficulty initiating movement, stiffness of movement and a shaking tremor, result from the death of a small population of neurons that lie in the midbrain. Since first described by James Parkinson in 1817 the underlying causes of Parkinson’s disease have been the subject of much speculation. Increasingly, it appears that tumor necrosis factor (TNF), an inflammatory signalling molecule released by activated microglial cells, plays a role in the development and progression of Parkinson’s disease. The mechanism underlying the action of TNF is, however, poorly understood.

In this project students will investigate
(i) how TNF modulates neuron activity and
(ii) whether this modulation contributes to the death of human midbrain dopaminergic neurons derived from pluripotent stem cells. This project will involve stem cell culture, calcium imaging, intracellular trafficking, immunocytochemistry, plate based second messenger assays, Western blotting and PCR. 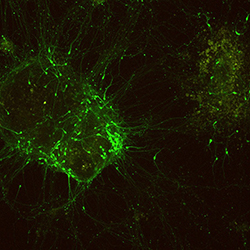 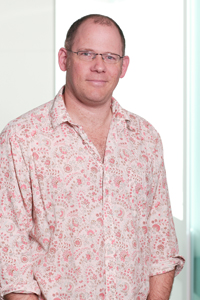