Inflammation is part of the body’s natural defence against harmful stimuli and is a hallmark of many diseases. Characterised by tissue damage, fibrosis, metaplasia and infiltration of immune cells, prolonged inflammation is usually very painful and is often an early warning sign of cancer, particularly in the gut. Proteases are enzymes that have been broadly implicated in inflammation; however, depending on the context, their roles may be pro- or anti-inflammatory. A precise understanding of the timing of protease activation and cell-specific localisation during the course of disease is lacking. Traditional methods to study proteins survey total expression levels and are unable to distinguish active proteases from inactive zymogens and those that are inhibited. Quenched activity-based probes (qABPs), however, are molecules that bind covalently to proteases and yield fluorescence in an activity-dependent manner. qABPs can be used to measure proteolytic activity in cells, tissues, and live animals by biochemical analysis. Cell-specific localisation of labelled proteases can also be determined by noninvasive imaging, microscopy, and flow cytometry.

Our laboratory is developing novel qABPs to study proteases that contribute to inflammation associated with digestive diseases. 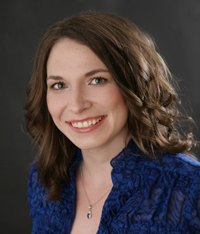