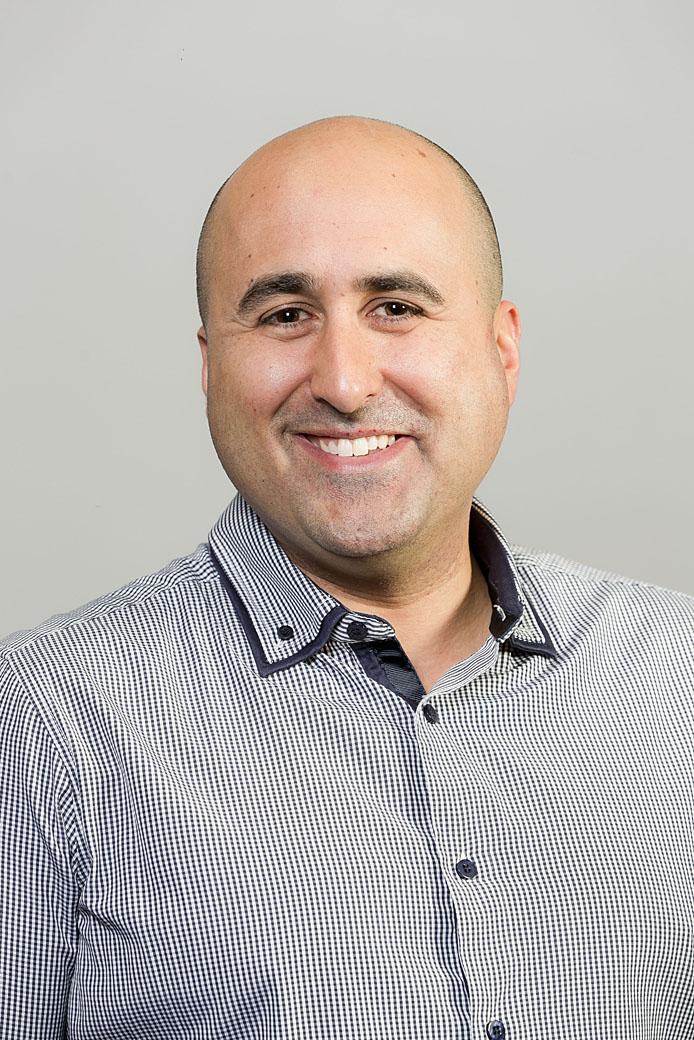 Joseph Nicolazzo is a Senior Lecturer at the Faculty of Pharmacy and Pharmaceutical Sciences at Monash University, Melbourne. He completed his undergraduate and graduate studies at Monash University before moving into an academic role where he teaches into both the Bachelor of Pharmacy and Bachelorof  Pharmaceutical  Science degrees, is the Leader of the Drug Delivery stream of the Bachelor of Pharmacy degree and is an active researcher within Monash Institute of Pharmaceutical Sciences. Joseph's research programs focus on the molecular mechanisms facilitating the transport of endogenous and exogenouscompounds  across  the blood-brain barrier (BBB), how these processes alter in neurodegenerative diseases, and unravelling how biochemical alterations at the BBB contribute to neurodegenerative diseases, with a particular emphasis on Alzheimer's disease. Joseph is a CI on 4 NHMRC grants and has attractedfunding  from  various philanthropic organisations including The Mason Foundation, The Bethlehem Griffiths Research Foundation and ANZ Trustees. The work from his group has resulted in 45+ peer reviewed publications and the graduation of 4 PhD students, 1 Masters student and 6 Honours students. Josephis Treasurer  of  the Australasian Pharmaceutical Science Association, is an Editorial Board Member of Journal of Pharmaceutical Sciences and Pharmaceutical Research, and has recently been appointed as the Review Editor of Pharmaceutical Research.

My group focusses primarily on the role of the blood-brain barrier (BBB) as a regulatory interface between the brain and the blood, and (i) how this biological membrane controls the trafficking of both endogenous and exogenous molecules into and out of the brain, (ii) how alterations to the BBB inAlzheimer's  disease  impact  on CNS exposure of therapeutic agents, and (iii) unravelling novel approaches to enhance the expression and function of membrane transporters responsible for the impaired BBB clearance of the neurotoxic β-amyloid observed in Alzheimer's disease. In addition, my groupalso exploits  the buccal  mucosa as an alternative route for delivery of otherwise poorly-absorbed therapeutic agents, including peptides and proteins.

2. Pan Y, Khalil H, Nicolazzo JA. The impact of docosahexaenoic acid on Alzheimer's disease: is there a role of the blood-brain barrier? Curr Clin Pharmacol (2014, accepted)

Given the restrictive nature of the BBB, the ability of pre-clinical drug candidates to enter the CNS and exert their pharmacological activity following systemic administration is often hindered. To this end, our laboratory focusses on understanding some of the mechanisms facilitating or preventingmolecular  access  into the CNS, including membrane influx and efflux transporters and intracellular carrier proteins. Using in vitro, in situ and in vivo approaches, we also collaborate with various drug discovery scientists to assess the potential of novel drug candidates to traverse the BBB and exploitendogenous  trafficking  processes to enhance the CNS delivery of otherwise poorly-permeable compounds.

While significant progress has been made into understanding how the BBB controls xenobiotic access into the CNS under normal conditions, less is known about how alterations to the BBB occurring as a result of both neurological and non-neurological disease impact on CNS disposition of drugs. Many diseasesare  reported  to be associated with a "generalized BBB disruption" and this has resulted in the dogma that disease is often associated with increased CNS access of drugs. However, a careful evaluation of how different disease states actually impact on the CNS disposition of drugs is lacking. To this end,we  have  demonstrated that systemic bacterial infection can increase the BBB permeability to large molecular weight antibiotics, however, this appears to be bacterial infection-specific. Furthermore, using a mouse model of Alzheimer's disease, we have demonstrated that the rate of BBB transport of passively-diffusingdrugs  is  actually decreased, which argues against the unproven dogma that CNS exposure is increased in Alzheimer's disease. Therefore, an area of research within our laboratory which is gaining increasing interest is to investigate how CNS exposure of drugs alters in different disease states, and themechanisms  responsible  for the observed alterations.

The BBB as a target for the treatment of Alzheimer's disease

Alzheimer's disease is the most common form of dementia and is associated with brain accumulation of the neurotoxic β-amyloid (Aβ) peptide. In the majority of people with Alzheimer's disease, there is decreased clearance of Aβ from the brain, including decreased efflux of this peptide across the BBB.Indeed,  the  BBB expression of the membrane proteins responsible for the trafficking of Aβ across the BBB (P-glycoprotein, P-gp) and low density lipoprotein receptor-related protein 1 (LRP-1) is decreased in people with AD and in mouse models of AD. Our laboratory is therefore focusing on novel approachesto increase  the  expression and function of P-gp and LRP-1 and in collaboration with Professor William Banks (University of Washington), we are identifying whether such approaches lead to increased BBB efflux of Aβ. Together with Dr Jennifer Short (Drug Discovery Biology, MIPS), we are also assessingwhether such  approaches  lead to improved cognitive function in mouse models of AD. To date, we have demonstrated that our approach can increase the BBB expression of P-gp and LRP-1, leading to improved BBB efflux of Aβ and improved cognitive function. This novel area of research has the potential tolead to unexploited  targets  at the BBB which can be pharmacologically manipulated to reverse Aβ accumulation and cognitive dysfunction.

While oral administration is the preferred route of delivering medicines to patients to maximise compliance, the harsh conditions of the gastrointestinal tract and first pass metabolism often limit the bioavailability of many medicines, particularly peptides and proteins. Our laboratory has thereforefocused  on  the buccal mucosa as an alternative route of drug delivery for molecules that would otherwise exhibit poor absorption if administered via the traditional oral route. The benefits of the buccal mucosa including direct drainage into the jugular vein, avoidance of first pass metabolism and easeof administration,  make  this route suitable for many drug candidates. Using in vitro and in vivo models, we have demonstrated that various formulation approaches can either enhance or reduce the rate of absorption of molecules through the buccal mucosa. We also have a major interest in exploiting the"reservoir" capacity  of  the buccal mucosa as a means of controlling the release of drugs into the systemic circulation, an approach which may be of significant interest for molecules with short plasma half-lives such as peptides and proteins.