Heart attack (myocardial infarction) and the heart failure that then develops in heart attack survivors are the major cause of death in Western societies; this is now expanding to all corners of the globe. Following heart attack, some cardiac muscle cells (cardiomyocytes) die. A scar (fibrosis) then develops to replace the dead muscle cells. The remaining surviving heart muscle cells become abnormally enlarged (hypertrophy), to try and compensate for the loss of cardiac muscle. As a result, the heart is stiffer and becomes less efficient at contracting, so its ability to deliver blood to the body is suboptimal. These impairments can then further progress, increasing risk of heart failure and death. Indeed, myocardial contractile function often remains impaired in patients after an infarction, despite clinical advances that accelerate restored cardiac blood supply (reperfusion). New therapeutic strategies specifically targeted at preserving myocardial function in this context are thus essential.

Diabetes mellitus is a global epidemic. The major cause of death in affected patients is cardiovascular complications. The disease has been diagnosed in almost one million Australians, but current estimates suggest diabetes remains undetected in almost the same number. The markedly increasing incidence of both type 1 and type 2 diabetes imposes an exponential healthcare burden as a result of cardiovascular complications-induced morbidity and mortality. Whilst good blood glucose control is essential for delaying the onset and progression of the cardiovascular complications of diabetes, the impact of diabetes on the heart can be regarded as a silent predator. Even in patients who manage their blood glucose levels well and have no obvious cardiovascular symptoms (e.g. high blood pressure, atherosclerosis), the ability of the heart to recover from each cardiac contraction can be impaired. The diabetic heart can take longer to relax and to fill again with blood in readiness for the next cardiac contraction. Known as diastolic dysfunction, this may not manifest in obvious symptoms but is associated with increased heart failure risk and poor prognosis. Causal factors in diastolic function include cardiomyocyte hypertrophy and death, as well as cardiac fibrosis. Diabetes increases heart failure risk 2.5-fold, even when adjusted for coronary artery disease. Moreover, heart failure presents earlier in diabetic patients, with heart failure prevalence increased 5–8-fold in 45–65 year-old diabetic subjects. New therapies for restoring cardiac function in the diabetic heart are thus essential. 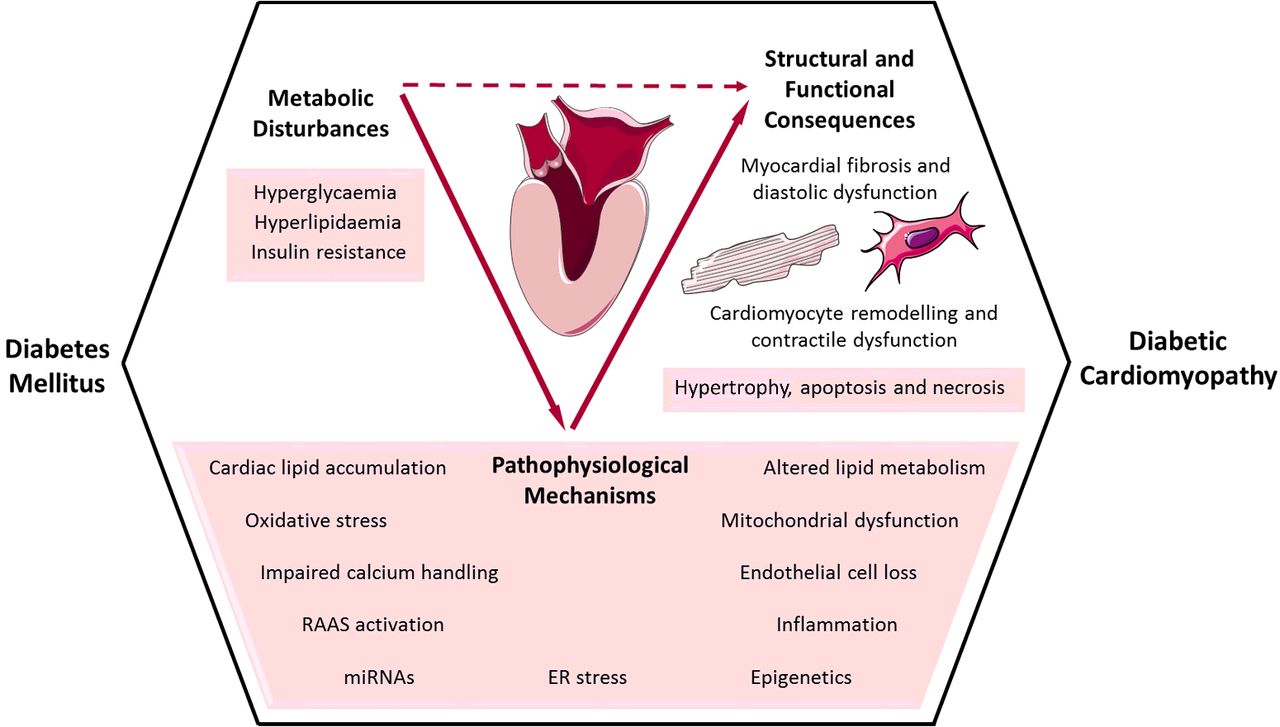 Key discoveries from our laboratory

The Heart Failure Pharmacology research program seeks to develop better pharmacotherapies to prevent and treat myocardial dysfunction and heart failure from these causes, exploiting the team’s recent key discoveries. A key common thread to the group’s research is the important role of toxic molecules known as oxygen-derived free radicals (reactive oxygen species, ROS) in triggering abnormalities in cardiac structure and function. The group’s recent internationally-recognised discoveries from the preclinical research models in the laboratory include the first evidence that:

Our most recent work indicates endogenous annexin-A1 is a key regulator of cardiac responsiveness to pathological insults such as ischaemia-reperfusion (I-R). In particular, its efficacy in protecting cardiomyocyte survival and recovery of contractile function is preserved even when treatment is delayed until after the insult, of clinical relevance for an evolving myocardial infarction. Annexin-A1 activates formyl peptide receptors (FPR) to mediate its biological actions. There are 3 FPR subtypes, FPR1, FPR2 and FPR3. FPR2, the major receptor subtype acting on inflammatory cells such as macrophages and neutrophils, mediates anti-inflammatory actions. We have demonstrated that FPR1 is the predominant myocardial receptor subtype. This project is exploring which receptor subtype is primarily responsible for keeping cardiomyocytes alive and for preserving cardiac contractile function, in the intact heart in the first few days after moderate myocardial infarction. In collaboration with Julie McMullen, we discovered PI3Kα prevents diabetes-induced myocardial dysfunction via novel downregulation of myocardial ROS. We are now exploring the mechanisms by which PI3Kα and its downstream signalling are protective in the diabetic heart. On the flip side, we are also examining the mechanism of harmful glucose-induced post-translational modifications (PTM), their impact on cardiac protein function and contribution to diabetic cardiomyopathy. We propose that targeting the balance between excessive harmful ROS/PTM signalling, and its counter-regulation by protective signalling will identify new therapeutic strategies for managing diabetic cardiomyopathy. This project incorporates pharmacological (small molecule inhibitors) and other innovative approaches to suppress detrimental and/or upregulate protective cardiac signalling, including genetically-modified mice, gene delivery and other approaches. We anticipate that the new targets for managing diabetes-induced heart failure identified here will have high impact, significantly advancing the field of diabetic cardiomyopathy. Drug development based on these targets may ultimately prevent progression to heart failure and death in diabetic patients.

This is a new research focus for the Heart Failure Pharmacology laboratory, seeking to identify new myocardial mediators of diabetes-induced damage. We are currently targeting blood-derived mediators we have recently shown are upregulated in diabetic heart. Many of these are significantly ameliorated by supplementation with the endogenous antioxidant coenzyme Q10; their presence in the diabetic heart is thus likely ROS-driven. The second component of this project seeks to identify new proteins that affect myocardial or systemic function that are secreted by the diabetic heart. We anticipate that these studies will provide enhanced mechanistic understanding of the triggers of diabetic cardiomyopathy and reveal new therapeutic targets for this cause of myocardial dysfunction and heart failure.

There are no specific recommendations for pharmacological management of heart failure in the context of diabetes. Current therapy for all-cause cardiomyopathy usually includes angiotensin converting-enzyme inhibition (ACEi), which slows but does not reverse heart failure progression. Our discoveries that NO-dependent and -independent sources of cGMP are important negative regulators of cardiac remodelling have been internationally-recognised. Nitroxyl (HNO) is a pharmacologically-distinct redox sibling of NO that shares its cGMP-dependent anti-remodelling, vasodilator and anti-platelet actions, but is resistant to ROS degradation and tolerance development. In addition, HNO enhances myocardial function via exquisite reactivity with specific thiol residues on key excitation-contraction coupling proteins. This is considered a cGMP-independent property that is not shared by NO. We have recent evidence that HNO potently suppresses cardiomyocyte ROS levels and their abnormal growth. We are now examining the differential potential for NO versus HNO therapies for limiting heart failure and its causes.