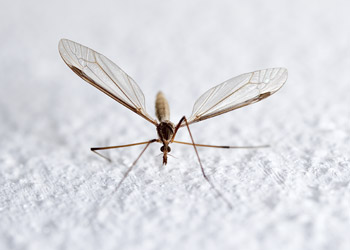 Each year, malaria kills more than 800,000 people, including many young children and pregnant women in sub-Saharan Africa.

Our acclaimed researchers within the Monash Institute of Pharmaceutical Research are among many around the world, exploring new ways to treat and control the continued spread of this devastating tropical disease, which is caused by a mosquito-borne parasite.

At MIPS, the Centre for Drug Candidate Optimisation (CDCO) has had a long-standing collaboration with the Medicines for Malaria Venture (MMV), a not-for-profit organisation committed to the development of new drugs to treat malaria.

The CDCO has contributed significantly to several different drug discovery programs, but the work of these three teams has shown particular promise.

The first, representing a collaboration between the University of Nebraska, the Swiss Tropical and Public Health Institute and the CDCO (known as the 'First Generation' ozonide project), focused on the design of a new class of affordable and highly efficacious drug candidates.

The initial highlights of this program were published in Nature in 2004. The lead compound was developed by Ranbaxy Laboratories (India), who recently reported that the drug (now known as Arterolane) has received provisional marketing approval in India as a combination product with piperaquine phosphate.

A more recent program, emerging through the same project team, designed a 'Next Generation' ozonide drug candidate, aimed at curing malaria with a single oral dose.

Preclinical studies demonstrating efficacy in established animal models were published earlier this year in PNAS, and the drug candidate is currently being evaluated in a phase 2 clinical trial in malaria patients.

"This is a particularly exciting drug candidate in that it offers the hope of a single, oral dose cure of malaria. This compound has the added bonus of being completely synthetic and inexpensive to produce, which is critical for any new antimalarial drug candidate," said director of the CDCO Professor Susan Charman.

The third, an earlier-stage project, conducted through a collaboration between the University of Texas Southwestern, University of Washington and the CDCO, has identified an anti-malarial drug candidate that targets the parasite enzyme dihydroorotate dehydrogenase (DHODH), a new target in the fight  against malaria. The lead candidate is currently being tested in preclinical safety studies.