A 50-year-old drug that's the last line of defence against bacterial superbugs can at last be administered safely thanks to dosing guidelines developed by Monash Institute of Pharmaceutical Sciences (MIPS) researchers and their local and international collaborators.

The antibiotic colistin is often the last option for treating seriously ill patients, including kidney patients on dialysis, who've been infected by an important class of antibiotic-resistant bacteria, known as Gram-negative 'superbugs'.

"Unfortunately, colistin was developed when manufacturers were not required to provide accurate dosing guidelines," MIPS Professor Roger Nation said. "This has meant doctors are often shooting in the dark with respect to how much colistin should be administered to individual patients."

He said the rise of antibiotic-resistant bacteria and the lack of new antibiotics in development have meant colistin is often the only treatment that doctors can use on hospital patients at most risk from superbugs.

But an insufficient dose can leave patients vulnerable to infection and allow bacteria to become resistant, resulting in more powerful superbugs in the future.

Professor Nation and his MIPS colleague Associate Professor Jian Li have worked on colistin jointly for more 13 years. They played a key role in initiating the international effort to establish proper dosing levels, which led to the new guidelines.

The international team developed a colistin dosing formula, based on results from 105 critically ill patients in US and Thai hospitals, who were receiving the antibiotic for bloodstream infections or pneumonia caused by multi-drug resistant bacteria.

The American National Institutes of Health funded the study, which was published in the July 2011 issue of Antimicrobial Agents and Chemotherapy, along with the new guidelines.

"These scientifically-based guidelines will allow doctors to better use this very important last-line antibiotic and minimise the emergence of resistance," Associate Professor Li said. 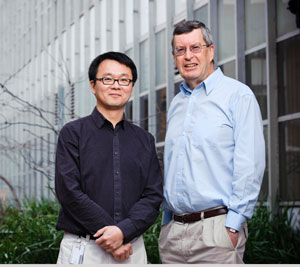