The early and mid-career researchers' committee at the Monash Institute of Pharmaceutical Sciences promotes specialised programs, exchange of scientific ideas and new collaborations for the benefit of researchers in the faculty of Pharmacy & Pharmaceutical Sciences. Each theme within MIPS has representatives on the committee who meet regularly to discuss needs, current issues and feedback of early and mid-career researchers.

The MIPS EMCR committee aims to:

The MIPS EMCR committee can be contacted at:

Arisbel completed a joint PhD program in Molecular Pharmacology and Drug Discovery in March 2019 at Monash University and The University of Nottingham (UK). As a postdoctoral researcher, she is now establishing technologies at MIPS for the development of single-domain antibodies (nanobodies). Nanobodies are extremely versatile tools that have proven to be useful in many research areas including structural biology, drug delivery and as biosensors for imaging. She joined the MIPS EMCR committee to drive and support gender equity initiatives. She is also passionate about science communication and outreach. You can find more about her on Twitter.

Ghizal completed her PhD with Professor Brian Cooke at Monash University, Clayton and her main research interest was to characterise a set of novel kinases unique to malaria parasites. Ghizal is currently doing her postdoctoral research in Darren Creek's laboratory and her main research interest has been to investigate the mechanisms of action and resistance for artemisinin antimalarials. In addition to this, Ghizal is the proteomics lead at MIPS for Monash Proteomics and Metabolomics Facility.  Since 2016, Ghizal has been a member of the EMCR committee at MIPS and is the current president of the committee.

Anna completed her PhD in Bioengineering at the Ramon Llull University in Barcelona, including a year’s stint at the Massachusetts Institute of Technology (MIT) and another one at the Australian Institute of Bioengineering and Nanotechnology (AIBN) at the University of Queensland (when she fell in love with Australia and Australian research). She works in the fields of nanomedicine and drug delivery and became part of the MIPS family in 2017. She joined the MIPS EMCR committee to drive and support gender equity and consumer engagement initiatives within the Faculty, which are two of her passions. You can find more about her interests on Twitter.

Giri completed his PhD from The University of Queensland in Medicinal and biomolecular chemistry. He joined monash university in Feb 2017 and his current research focused on the biased formyl peptide receptor (FPR) agonists for the treatment of myocardial infarction. He is currently involved in the Grants and Professional Development programs at the MIPS EMCR committee and is the current Treasurer.

Andy completed his PhD in fluorescent-based sensors for explosives detection at the Centre for Organic Photonics & Electronics at the University of Queensland. His subsequent research has focussed on the use of neutron and X-ray scattering techniques to unearth structure-function relationships in applied organic materials systems and he is currently an ARC DECRA fellow at MIPS investigating the influence of lipid digestion on molecular self-assembly and absorption of bioactives in the gut. Around a third of Parkville-based staff are parents and facilitating child care initiatives for the Parkville community is a key issue for EMCRs in particular. Being a young father, Andy volunteered to act as the committee's point of contact for parental matters. He has put together a guide to finding child care in Australia to support new researchers joining the Monash Parkville community. The guide can be downloaded from here. Andy also runs the Parkville Parent’s Group, which holds monthly meetings during which Parkville-based parents can support one another by sharing their experiences and providing a forum for free discussion on all things parental (free coffee provided). If you are interested in the parent’s group, the guide to finding child care, or simply talking through parental issues, please contact Andrew by any of the following channels:

Ximo completed his PhD in Organic and Supramolecular Chemistry at the University of Valencia in Spain. His research focusses on Polymer Therapeutics (design of nanomaterials that can deliver therapeutic drugs directly to a disease site). He joined the EMCR committee to put into practice some of his ideas to unite and facilitate networking between other EMCRs. For him, multidisciplinary interaction and communication is essential to generate creative ideas. He teaches Spanish to EMCRs to facilitate a friendly networking environment. He is a big fan of colourful Trello boards and has introduced them to the committee.

Swapna finished her PhD from LaTrobe University in 2016, and has since been working as a Postdoctoral research fellow at MIPS with Prof Jonathan Baell. Swapna’s main area of research is neglected tropical diseases (Chagas, Sleeping sickness, Leishmaniasis and malaria); although she has also worked on other medicinal chemistry projects such as cancer and diabetes. Swapna is passionate about communicating her research, and has won multiple awards for her presentations, including being the LaTrobe University 3MT winner. She is currently the EMCR committee member and helps coordinate the 2020 FASTrack programme. 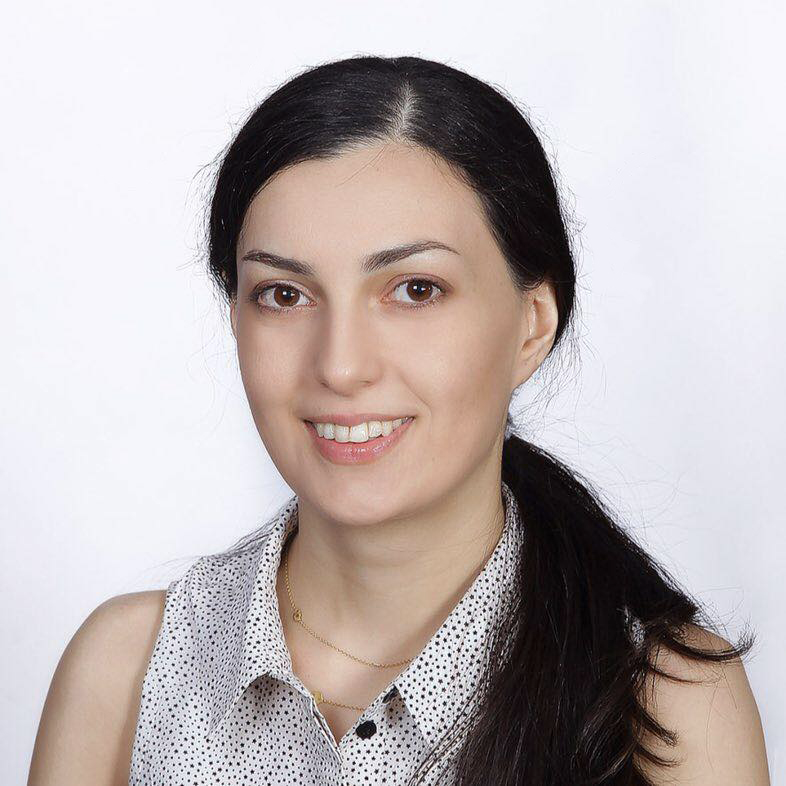 Niloufar is a postdoctoral researcher in Dr Angus Johnston group (D4), working on targeted nanodelivery systems. She completed her PhD at St Vincent's Institute (2018), working on bone biology and diseases. Before joining MIPS in 2019, she was working as a postdoctoral researcher at the Biomedical engineering department, The University of Melbourne. She is an editorial board member of HubLE, an international educational platform of IFMRS (International Federation of Musculoskeletal Research Societies) that supports EMCRs in the field of musculoskeletal research. Niloufar is passionate about supporting and encouraging interdisciplinary collaborations and knowledge sharing among EMCRs, and between institutions. She joined the EMCR committee in 2020, and is involved in organising FastTrack program.

Simon is a postdoctoral fellow currently utilising electrophysiology and behavioural pharmacology to understand how targeting CNS muscarinic receptors could be used to increase symptom coverage in schizophrenia. He is also interested in the physiological underpinnings of cognition more generally. Simon’s PhD focused on utilising a metal delivery approach to improve the behavioural and biochemical phenotype of multiple models of neurodegeneration. He is passionate about integrity, ethics, diversity, and transparency in science. Simon is also passionate about science communication and is currently secretary of the Australian science communicator society (Victoria)

Deepagan received his PhD in Engineering from the Department of Polymer Science and Engineering at Sungkyunkwan University, South Korea. He joined Voelcker’s group at MIPS as a post-doctoral research fellow in 2018. He has a multidisciplinary background in biotechnology, nanomaterials and chemistry. His current research focuses are fluorescent gold quantum dots, siRNA delivery and non-invasive cancer therapy. He is passionate about encouraging multidisciplinary collaboration and communicating science to the general public.

Monica received her PhD in Pharmacy from Goethe University in Frankfurt am Main (Germany) where she worked on drug and gene therapies for a rare pediatric neurodegenerative disease. She has joined Chris Langmead’s group in 2016 as a postdoc trying to understand the role of orphans GPCRs in cognition and motivation associated with psychiatric and neurodegenerative disorders. Monica is passionate about equity, she is a member of the Women’s Networking Group committee and a Monash LGBTI ally.