Congratulations to all our winners

The Faculty of Science at Monash University is at the forefront of innovation and discovery in biology, chemistry, physics, mathematics and earth, atmospheric and environmental sciences. Each year the Faculty Awards celebrate the outstanding achievements of its staff and students. 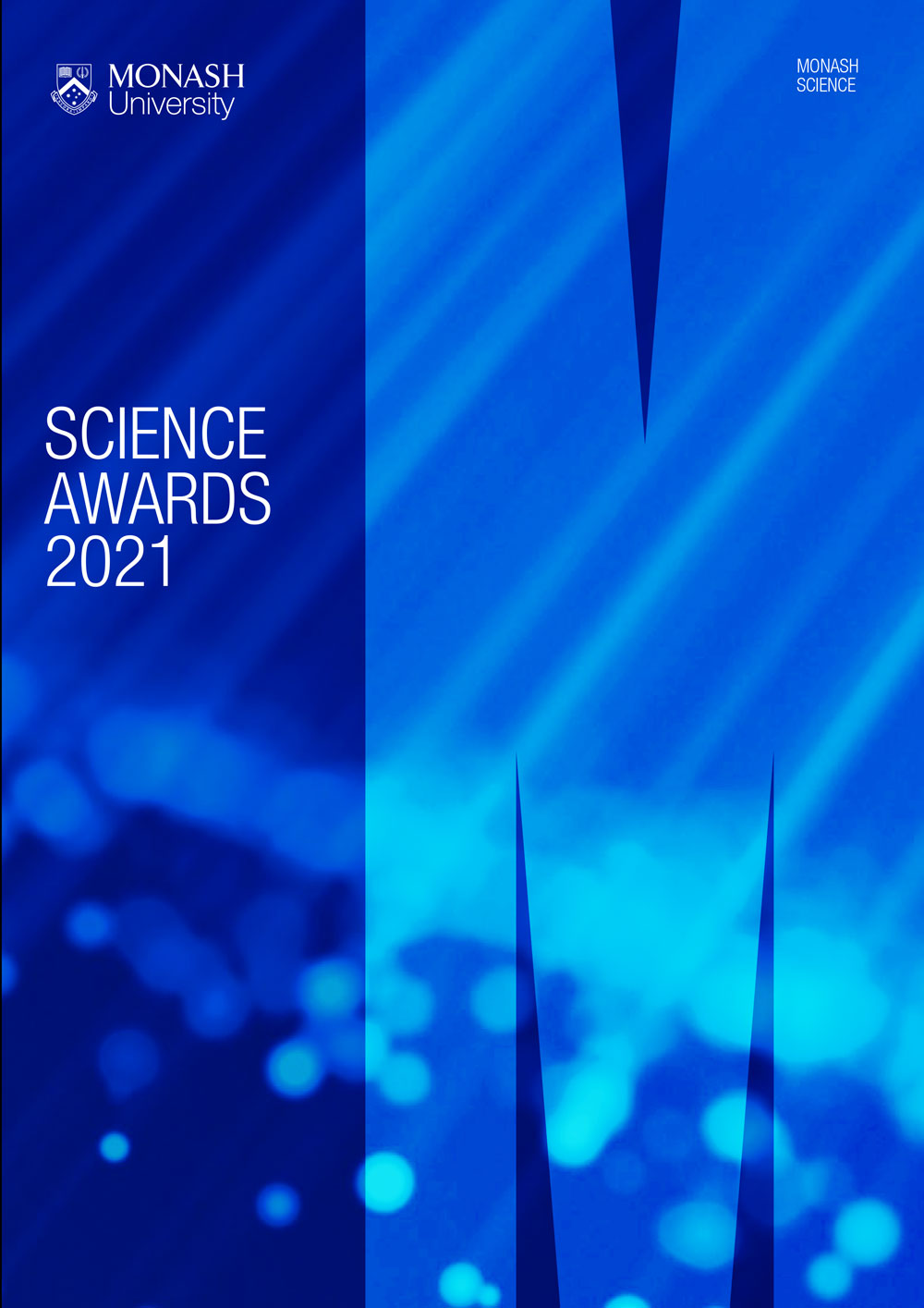 The Award recognises research excellence by early career researchers who are within five years of the start of their research careers.

This Award recognises excellence by researchers who have achieved, or are currently achieving, outstanding economic and/or societal impacts.

Faculty of Science Award for Excellence in Postgraduate Research Supervision

This Award recognises research supervisors who have undertaken exceptional and unique supervision practices to benefit and enrich the experiences of their research students.

The Mollie Holman Medal was established in 1998 and is named after the late pioneering physiologist, Emeritus Professor Mollie Holman AO, in honour of her significant contributions to science and education. Each year, a maximum of 10 medals are awarded to doctoral students, who have fulfilled their degree requirements and presented their faculty’s best thesis of the year.

Thesis title: “Variation in Antarctic biodiversity across space and time”.

Thesis title: “Astrophysics of Binary Black Holes at the Dawn of Gravitational-Wave Astronomy”.

This Award celebrates the achievements of our top students.

This Award recognises and celebrates outstanding contributions to the Faculty of Science teaching programs made by individuals or teams. Awardees have demonstrated outstanding approaches to teaching and/or the support of learning that influences, motivates and inspires students, excellent development of curricula, resources or services reflecting a command of the field, high quality evaluation of practices that lead to improvements in teaching and learning, and influential innovation, leadership or scholarship that shifts the dial on teaching, learning or the student experience.

Dean’s Award for Innovation in Learning and Teaching

This new Award recognises outstanding innovation driven by technologies or curriculum which improves student engagement, teaching, learning or assessment. Nomination is open to all academic staff, professional staff and teaching associates of the Faculty of Science. Awardees have demonstrated outstanding approaches to teaching and learning through curriculum or technological innovation, development of curricular, resources or services, evaluation practices that bring around positive change, and innovation, leadership or scholarship.

This Award recognizes and celebrates outstanding contributions to the Faculty of Science teaching programs made by early career academics or professional staff, as individuals or teams.

These Awards recognize students for efforts beyond academic achievement by contributing to supporting their fellow students.

This award recognizes a student’s special efforts to create programs to support fellow students academically or collaborated with staff to improve/design curriculum assessment.

Jenisi is a chemistry honours student completing the Advanced – Research science degree where she is also majoring in biochemistry. With a strong passion for research and  community engagement, Jenisi has not only excelled academically, but she also has strong involvement in the academic culture of the Faculty.

This award recognizes students who have actively participated or promoted social inclusion initiatives including social justice, enterprise and efforts towards charitable or not-for-profit groups.

Rebecca is studying a Bachelor of Science/Global Studies. As a Youth Leader and Coordinator within the Jane Goodall Institute National Youth Leadership Council, Rebecca collaborated on designing national environmental and social justice campaigns.

Kade aims to devote his  leadership to challenge social biases through the promotion of kindness, respect and the championing of people’s rights. He believes that leadership intertwined with social advocacy is a powerful vehicle to solve global issues.

Jack is the Head of Let's Torque, a public speaking competition by the Royal Society of Victoria for undergraduate students in Melbourne.

Award for Exceptional Service to the Faculty of Science

This Award recognizes and celebrates exceptional service provided by individuals or teams to advance the Faculty of Science vision.