Monash Science wouldn't be where we are today without the generous help from others in the Science community.
We are truly grateful of any contributions from our amazing Alumni. 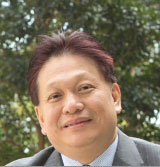 Jason Yeap
Jason Yeap has helped shape the new Bachelor of Science (Advanced) Global Challenges. He is keen that students learn to understand and develop an ethical framework because he says "integrity – in life and in business" is essential.
"Jason feels strongly about giving back.  We call Australia home. We had free tertiary education and now it's time for us to give something back." Min Lee Wong.
Click here to download the full pdf article. 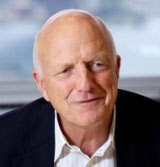 Paul Espie
Paul Espie – a Monash science graduate – has become an influential figure and change agent in corporate Australia. He thinks "critical thinking, that is part of scientific method," has played a role in his success in life.
"I always had a belief in the importance of self reliance, building things and the land and its people."
Click here to download the full pdf article. 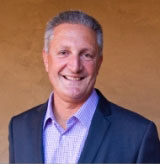 Al Ramadan
In his thirty years of riding the constantly evolving wave of computer technology, Al Ramadan has been "best known" for many different achievements. Sailing buffs know him as the "high-tech mastermind" behind John Bertrand's America's Cup campaign: a leader of the team's use of technology in both boat design and analysis of wind and weather data.
"It's true that when you give your brain space, amazing things happen."
Click here to download the full pdf article. 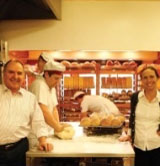 The Gillespies
When Lesley Gillespie was a science undergraduate at Monash in the mid–'70s, she had no idea that she would return to become a major donor to a global research program driven from the faculty in which she studied.
"What I like is that it's brilliant in its simplicity," says Lesley Gillespie. "We just all thought it was a good way of getting it out there."
Click here to read Lesley's story in full.
Click here to download the full pdf article.