In honour of Emeritus Professors Glen Deacon and Keith Murray who are Monash University's first-ever academics to be awarded the 50 year service medals, we speak to two of their students whom the two professors have worked with. 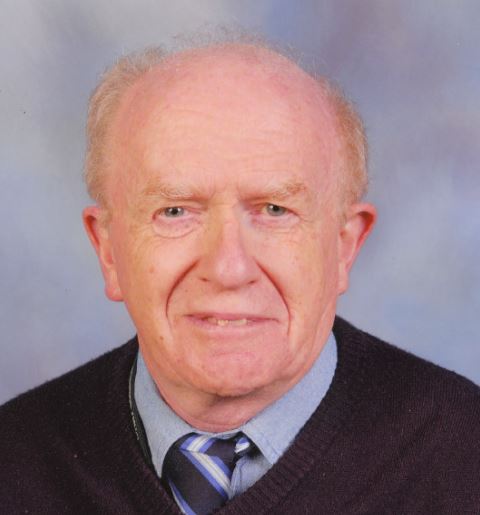 An old inorganic chemical analysis book and helping his Year 11 teacher to set up chemicals and equipment for classes sparked Kevin Berry's interest in chemistry. As a poor reader at school who rarely read much, Kevin practically devoured the book from cover to cover.

The 1978 photo showed Kevin and Professor Murray working on a Oxford Instruments magnetic susceptibility balance. Says Kevin,"It was originally at ANU, but Monash obtained it when Emeritus Professor Ray Martin shifted from ANU RSC to become the vice-chancellor at Monash in 1977. Keith led research on the magnetic properties of inorganic compounds for many years, and this instrument greatly expanded our studies at the time as it was able to provide low temperature (down to 4.2K) data."

"Each day when we were collecting data, Keith and I would load and unload a sample of the compound in a small gold container hanging on a quartz fibre the thickness of a hair and about a meter long. The loading and unloading of the sample was interesting as it required exactness and a high level of dexterity and concentration."

"Working with Keith was fantastic in that I was able to explore a wide ranging of areas related transition metal chemistry. These included the synthesis and characterisation of the organic ligands that were later coordinated to the metal ions, electron spin resonance spectroscopy and magnetic susceptibility studies. Most of the work that I did with Keith finally focused on the latter and the exploration of theoretical models to explain the properties of the compounds studied.  Keith modelled the importance of commitment to the work at hand and the importance of working as a team. One of the other key aspects I gained from working with Keith was the need to look for other possible explanations for the observed magnetic properties and not to just take the results of the best-fit as the final answer."

Now a facilities manager with the school that he previously taught, Kevin muses about how his lifelong love for chemistry had led to teaching. "I was fortunate that Keith gave me opportunities over this time to carry out theoretical modelling for some of the compounds that he and his group were studying. This work gave me challenges which I enjoyed and I am extremely grateful to Keith for these opportunities."

Dallas Wilkinson decided to embark on a PhD after obtaining a first class honours with Professor Glen Deacon.  Recognising that Professor Deacon is very committed to the chemistry he wanted to pursue,  Dallas chose him as his supervisor for his honours thesis - laying the foundation for future PhD and postdoctoral studies.

When showed the photo circa 1987, Dallas remembered the occasion for the photo very well. Says Dallas, "I was working in a dry box (nitrogen or argon atmosphere)  preparing very air sensitive, pyrophoric lanthanide compounds.  The picture was taken to celebrate the commissioning of this new dry box which was a key tool to enable the research to be undertaken."

"Glen has taught me to embrace the challenges that came with research and celebrating every win along the way in his PhD journey.The work ethic that I've learned from Glen has helped me enormously over the years which also translated to commitment to finish the task and be creative in how to approach challenges - stepping back, where required, to re-evaluate the challenge and identify new approaches – being creative! I learned to follow my curiosity and frame the appropriate questions to advance the issue. 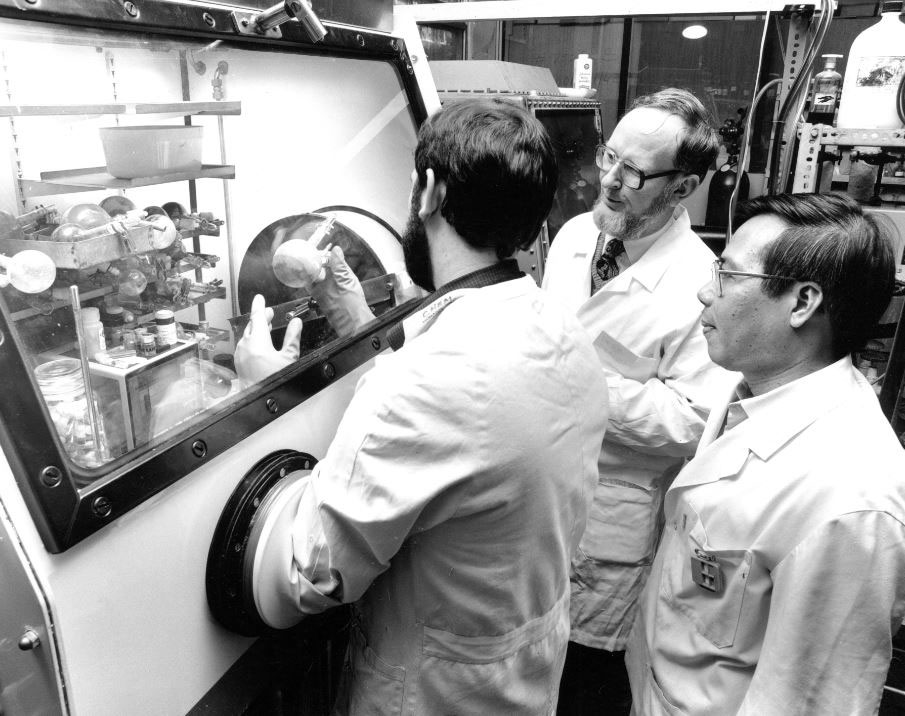 r important aspect of working with Glen was to develop a work – life balance which at time may be skewed one way or the other but, in the end, a balance. During my PhD, I was actively involved in the Monash basketball club (Secretary) and spent a lot of time playing and coaching which provided the release to be able to think clearly and focus on the studies and reduce stress – today I still enjoy exercise which provides the release needed to cope with stresses of my roles and extensive global travel. I remember playing squash with Glen, which gave us time to discuss aspects outside of the work sphere. One further aspect that I remember well is having access to Glen when I needed (almost 24/7) and I have adopted this for the teams I have since managed in industry."