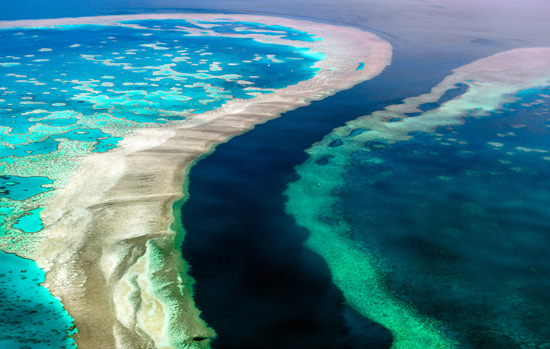 An international study involving Monash University scientists has revealed extensive removal of legal protection for conservation reserves, at a time when the preservation of these areas is more important than ever to biodiversity conservation.

The study published today in Science, involving a global consortium of researchers led by Conservation International, documents how governments from 73 countries, including Australia, have removed more than 500,000 km2 from protected areas and downgraded protection for an additional 1.65 million km2 to allow greater human impacts.

The research examined losses occurring over a 125 year period. Alarmingly, more than three quarters of these losses have occurred since 2000.

Dr Carly Cook, an ARC DECRA Fellow at Monash University’s School of Biological Sciences, led the assessment of changes to Australian protected areas. She identified more than 1,500 changes, resulting in the removal of 13,000 km2 from conservation areas and undermining protection for an additional 400,000 km2.

“The losses we see in Australia reflect a shift towards the commercialisation and exploitation of conservation areas for human uses,” Dr Cook said.

“We’ve seen governments across the country open up protected areas to commercial developments, such as hotels and marinas, and introduce a string of changes to permit forestry, livestock grazing, hunting and fishing”.

“The future for protected areas is increasingly uncertain at a time when natural systems face greater threats than ever.”

With an estimated 1 million species now at risk of extinction, what is the future for protected areas? The study published today shows that no conservation areas are immune to losses, with protection removed from important biodiversity hotspots, such as the Amazon Basin, and iconic areas, such as Yosemite National Park in the US.

Removing protected areas, or allowing activities that are not compatible with biodiversity conservation, will negatively impact the species these areas were designed to protect. Losing protection increases habitat loss and means natural areas become smaller and more fragmented.

The authors are calling for greater transparency to fully understand the scale of the problem and the impacts on biodiversity.

“A single change in legislation can have an alarming impacts,” said Dr Cook.

The study authors call for international conventions to establish systems to monitor and report on the loss of conservation areas that match current systems for tracking their establishment.

In the absence of systematic monitoring and reporting, studies such as this are critical for increasing awareness of the ways in which protected areas are being undermined.