The current elephant poaching crisis makes it imperative to advance international debates on the ivory trade.

Researchers from Monash University in conjunction with collaborators from Griffith University and the Universities of Oxford, Cambridge and Queensland, are proposing a process to break the 30-year-policy deadlock.

The ongoing conflict amongst countries about how best to protect elephants, epitomised by heated debates during meetings of the Convention on the International Trade of Endangered Species (CITES), is fuelled by diverging stakeholder values and beliefs.

“Breaking the deadlock will require understanding how values can impede the use of science to inform emotionally charged policy debates,” said strategy co-author Dr Carly Cook, from the Monash School of Biological Sciences. 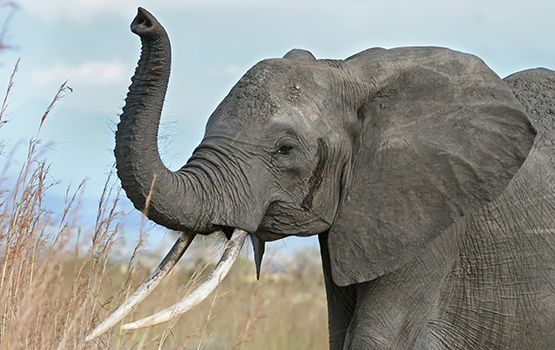 “Any solution must incorporate people’s values and different perspectives on ivory trade in order to make genuine progress.”

Dr Cook, an ARC DECRA Fellow, said our beliefs and values could strongly influence the evidence we believed was credible.

“This can lead to different groups interpreting the same evidence in different ways, further polarising the debate.”

Building on experiences from negotiating other high profile contentious issues, such as international climate agreements and the end to armed conflicts, the researchers show the importance of an iterative, consensus building process in negotiating an enduring solution.

The process proposed goes beyond just evidence and incorporates values and beliefs into policy-making on ivory.

“Our process can support decision-making on the ivory trade under the CITES convention to the benefit of elephants and other iconic species like rhino,” Dr Cook said.

“With the next meeting on the CITES convention less than 12 months away, now is the time to engage in a process that can help identify a way forward that will be acceptable to stakeholder groups with different values and effectively conserve elephant populations.”

The strategy is published in Science.