Climate change could change the face of the Earth’s ecosystems, researchers warn

An international study, involving a Monash climate scientist, has found that planet warming  in the past has driven major environmental changes, and is likely to cause dramatic changes in the near future.

The researchers used an analysis of how vegetation changed from the last ice age to the pre-industrial period to project how much current ecosystems could change in the 21st century and beyond as global warming progresses.

Under the business-as usual greenhouse-gas emission scenario, the prediction of an average temperature of between 4 and 7 degree C, is similar to that calculated from the last glacial maximum to present. 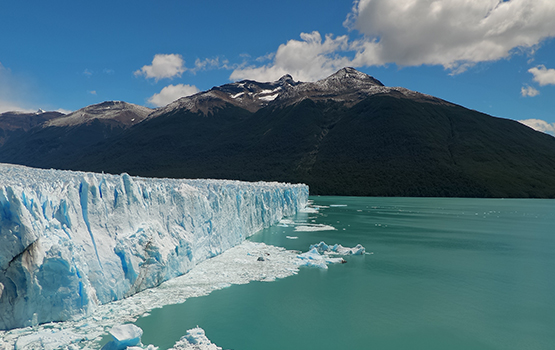 The 42-author study, initiated and led by Professor Stephen Jackson, Professor Jonathan Overpeck and Connor Nolan of the University of Arizona, and including Emeritus Professor Peter Kershaw from the Monash School of Earth, Atmosphere and Environment, is published in the journal Science.

The researchers synthesised information from published reports for 594 predominantly pollen records from swamps and lakes covering every continent except Antarctica.

The study is the most comprehensive compilation of vegetation and other ecological data covering the period from the height of the ice ages 21,000 years ago to the pre-industrial era.

In most cases the changes are dramatic.

There were only a few parts of the world that had not experienced these dramatic changes in vegetation and structure although there was little data for some areas including arid and semi-arid parts of Australia, as dry conditions had inhibited the accumulation of pollen-bearing sediments.

Professor Kershaw said that that from records within Australia, those in the southern and northern regions underwent the most change during the warming that followed the Last Glacial Maximum.

“In Tasmania, the temperature increase was particularly marked due to high latitude ice melting that resulted in the almost total replacement of treeless alpine grassland and herbfield by eucalypt forest and temperate rainforest,

while in mountainous northeast Queensland, increasing rainfall due to intensification of the tropical monsoon system with sea level rise, resulted in a vegetation change from predominantly savannah to rainforest despite a more modest temperature forcing,” Professor Kershaw  said.

The study results suggest that, overall, current warming may drive equally dramatic changes in the future but within just a century or two, unless greenhouse-gas emissions are reduced markedly.

“There are no past analogues to determine what future biomes will actually look like but it is expected that there will be major climate-vegetation imbalances resulting in substantial impact to biodiversity, ecological functioning, and ecosystem services,” Professor Kershaw said.

Further information, or to arrange an interview with Professor Kershaw contact: