The Federal government has announced around $300,000 in funding to Biotech Resources in partnership with the Monash Centre for Biospectroscopy to combat sepsis – one of the leading causes of hospital deaths in Australia.

The Centre and Biotech Resources,  in conjunction with the Alfred Hospital, Monash Health, and Hydrix will develop a new test for the identification of pathogens that cause sepsis. Biotech Resources will match the $292,500 funding.

“Our team is working on developing the world’s first rapid diagnostic test ‘Aimalux’ for the direct detection of the bacteria and fungi that cause sepsis from whole blood,” said Associate Professor Bayden Wood, co-director of the Centre for Biospectroscopy. 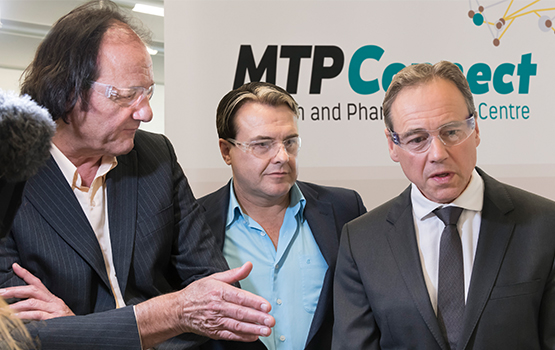 “Sepsis is a life-threatening disease that results in the deaths of over six million people every year around the world, and more than 5,000 Australians,” he said.

“It is a time critical medical emergency; every hour without treatment increases a patient's chance of dying by 7.6%.”

There is no definitive test for sepsis with more than 30% of cases going misdiagnosed.  A patient can die if the symptoms of Sepsis are missed and treatment is not administered.

“Many patients are treated unnecessarily as a precaution, which has its own detrimental consequences as well as adding to the rise of antibiotic resistance super bugs,” said Dr Phil Heraud co-director of the Centre for Biospectroscopy.

“Aimalux aims to provide a diagnostic result within 35 minutes, to revolutionise the way sepsis is currently diagnosed, reduce healthcare costs, and save lives,” he said.

The burden of death from sepsis is greater than the annual national road toll and sepsis causes more deaths than breast, prostate or colorectal cancer. The incidence of severe sepsis continues to increase both in Australia and in other countries. Sepsis causes or contributes to between one third and one-half of all deaths in hospitals in the USA.

The project funding will enable Monash scientists to run an observational trial at the Alfred Hospital to determine the number of live and dead bacteria in a patient with sepsis and determine the limit of detection with their technology.

Minister for Health, the Hon Greg Hunt MP, said the Government was committed to improving the health services for all Australians and would continue to invest in better treatment, care and medical research.

“Our researchers are innovators and this investment will speed up the journey from idea to reality,” he said.

“These technologies have the potential to create better health outcomes for Australians, while driving investment and strengthening our economy. All Australians benefit from investment in health and medical research.”

“Monash researchers are dealing with some of the most challenging problems that society faces in the medical field,” he said.