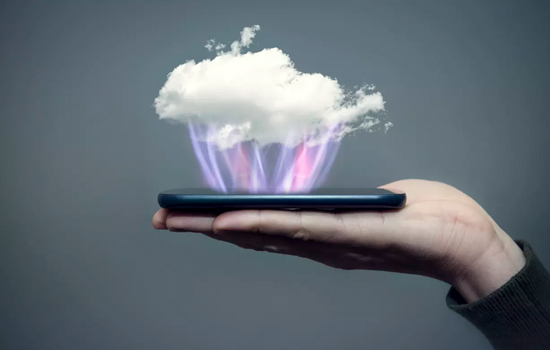 Cheaper, faster, smarter, smaller – the ever-evolving digital world has changed the way we live, as predicted by the law Gordon Moore outlined in 1965.

Moore’s Law foretold that the number of transistors in a dense integrated circuit would double every year; in 1975, he adjusted that to every two years. Moore also oversaw the fulfilment of his law by co-founding Intel, the technology giant that makes integrated circuits on silicon chips.

The company now concedes that Moore’s Law is reaching its limit. It says the gap between new generations of chips with smaller transistors will widen, as cost-effective improvements become more difficult to achieve. The latest Intel silicon chips have features as small as 10 nanometers.

A second, equally important limit to the growth of computing power is the amount of energy computers consume. About two billion humans now carry a smartphone, with computer and information technology consuming up to 8 per cent of the world’s electricity – a number that’s expected to keep growing.

An ordinary smartphone, for example, uses the same amount of power as a household refrigerator, because of its cloud computing functions. This energy is consumed out of sight, in factory-sized data centres owned by Google, Amazon, Facebook and others.

The growth of the Internet of Things, for example, and advances in artificial intelligence will both require access to cheap, plentiful energy if they’re to be commercially viable.

Professor Fuhrer is the director of FLEET – the Australian Research Council Centre of Excellence in Future Low-Energy Electronics Technologies. The centre is a multidisciplinary collaboration of more than 100 researchers at seven Australian universities, and 12 Australian and international science organisations.

Monash’s Associate Professor Meera Parish is attached to FLEET. She’s a theoretical physicist with an interest in quantum mechanics and the emerging science behind two-dimensional materials (they’re only atom-thick) to create electronics in which zero, or near zero, energy is lost. Dr Parish stresses that FLEET isn’t engaged in developing quantum computers, but in building a classical computer that runs on minimal energy.

“If your laptop is running a basic program it gets very hot – you have a lot of lost energy through heat,” Dr Parish explains. She says the researchers at FLEET are “trying to develop new materials, which feature ‘dissipationless transport’. All that means is that the electrons can move through the material without losing their energy.”

“It’s difficult to predict what physics will lead to technological applications in the future, so I think it’s important to build up our fundamental knowledge of quantum systems.”

Science that has emerged in recent decades describes how this can be achieved in theory. In 2016, three physicists won the Nobel Prize for predicting and explaining the strange states of matter in 2D materials, known as topological phases. Topology is a mathematical study of geometrical properties on the surface of a material.

“The basic idea is that one can use geometric constraints to control the flow of electrons through a material,” Dr Parish explains. In a topological material, the electrons are forced to flow in a smooth line instead of bouncing about and losing energy.

An example of a topological material is trisodium bismuthide. FLEET researchers at Monash have discovered that the 3D trisodium bismuthide grown in their labs is as electronically smooth as the highest-quality 2D materials such as graphene. Professor Fuhrer has hailed the discovery as an important step towards more efficient “switchable topological transistors”.

Topological materials is one of the three themes being pursued by FLEET researchers. Dr Parish is involved in the second and third – exciton superfluids and light-transformed materials.

An excitonic system also involves 2D materials, but in two layers, she says. “In one layer you have electrons, which are normal and negatively charged, and in the other one you have what we call holes, which are like positively charged electrons. Then you combine the two together to form an exciton, which can in turn form a superfluid that flows without losing energy.”

The third theme, light-transformed materials, involves studying how some materials change their properties when they’re exposed to light.

“With the other two themes you’re given a material and you hope it has the properties that you want,” Dr Parish says. “You build up the material. You test it, and you see if it works. But you’re stuck with whatever nature provides you. Here, the idea is that you can change a material’s properties by exposing it to light. In other words, you can use light to drive a material into a new state or configuration that it wouldn’t normally have in nature.

“A key point is that this change in the material is only temporary, so you could control its properties by simply switching the light on and off.”

To understand the manner in which materials change when exposed to light, Dr Parish studies how atoms behave at ultra-cold temperatures, “near absolute zero”. At this extreme temperature, interactions between atoms can be tuned and controlled, she says.

“The idea is to take this simpler system, which is still complex enough that you want to understand how it behaves, but simple enough that it can be precisely manipulated in experiment. Then you can use that to understand more complicated systems.”

Dr Parish’s research has already contributed to a theoretical understanding of how to build a quantum battery that can, in principle, charge faster than a conventional battery.

“In general, my focus is on understanding how things work rather than on their application,” she says. “It’s difficult to predict what physics will lead to technological applications in the future, so I think it’s important to build up our fundamental knowledge of quantum systems.”