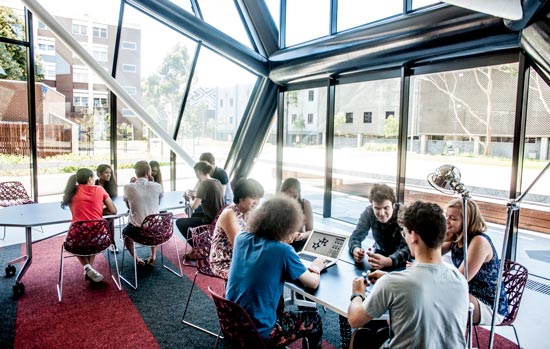 Monash University and Gandel Philanthropy have partnered to support the next generation of Indigenous ‘Agents of Change’ through the William Cooper Indigenous Scholarship Fund.

The scholarship honours the legacy of the late Aboriginal elder and activist William Cooper, who forged a connection between Indigenous Australians and the Jewish community through a protest against the atrocities committed against Jewish people in Nazi Germany, and provides comprehensive financial support to two Indigenous Australians starting their degrees at Monash every year.

John Singh-Nagyivan, 26, hails from Sherbrooke, east of Melbourne. He is studying a Bachelor of Science with a minor in public health and believes advocacy is the first step in improving public health.

"Advocacy is one of the only catalysts for change and changing health initiatives," John said.

"It’s important to step up, have your voice heard and address some of the fundamental health problems before they become an issue.”

Jaya Blandthorn, 19, who shares a familial connection with William Cooper, was born on Wamba Wamba land and grew up in Swan Hill, north western Victoria. She is studying a Bachelor of Nursing and hopes to work as a midwife in remote Indigenous communities.

"I want to work in really remote and rural areas of Indigenous communities, to help with birth on country and improve survival rates," Jaya said.

"I really want to change that and be able to help my people more.”

The William Cooper Scholarship forms part of the Change It. For Good campaign, which is the largest public fundraising initiative in Monash University’s history. The campaign has achieved incredible results so far, reaching the halfway mark of each of its three goals, including $370M raised towards the goal of $500M, over 26,000 of the 50,000 donor target and the confirmation of more than 100 new bequests.

The scholarship is generously funded by Gandel Philanthropy. The Gandel family have a close connection with Monash University – three generations have studied here.