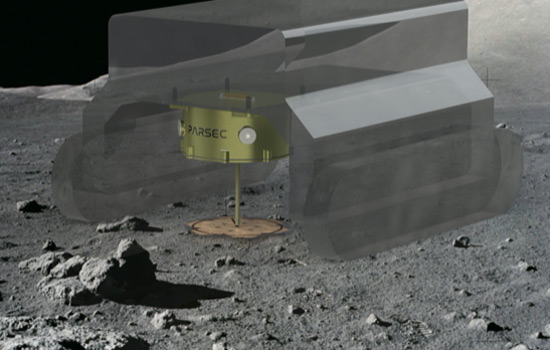 A team of Monash students has come second in NASA’s ‘Honey I shrunk the NASA Payload’ Challenge.

The group of 12 students, who form the Monash Rover Team and include six  members who study Science or a Science double degree were hard at work in May and June preparing their submission for the challenge.

The HeroX competition challenged the community to design a payload for a miniature rover that weighed just 0.4kg, was approximately the size of a bar of soap (10 x 10 x 5 cm), and could withstand the extreme Lunar environment with temperatures ranging from -120° to +100°C. The first prize was awarded to the Puli Space Technologies Team.

The submitted designs will be part of a pipeline of next-generation instruments, sensors, and experiments that could be used for the exploration of the Moon for resources including metals and water that are available at the surface.

“We are thrilled to announce that we secured second place in the Lunar Resource Potential category for our Permittivity Analysis of Regolith with SansEC (PARSEC) payload,” said Monash Science student, and Nova Rover Team Vice-Lead, Iain Hammond.

“The award recognises the design of our payload which is the size of a bar of soap, and can be deployed on a micro Lunar rover to map the distribution of Iron and Titanium Oxides in regolith,” he said.

Lunar resource collection is of critical importance for extended manned Lunar missions, as sending the materials required to sustain a human presence is deeply expensive.

Micro rovers can ground-truth current orbital observations to help discover important resources prior to the arrival of humans, as part of the upcoming Artemis missions.

Future astronauts have to be able to locate and collect Lunar resources and then transform them into the essentials for life: breathable air, water for drinking and food production, building materials for shelter, rocket propellants, and more.

“By utilising the resources already on the Moon in-situ, we can begin longer-duration missions and facilitate the next giant leap towards sending Humans to Mars,” Iain said.