A study led by Monash biologists has found for the first time that some mutations in mitochondrial DNA – are ‘sexually antagonistic’, that is, good for one sex, but bad for the other. 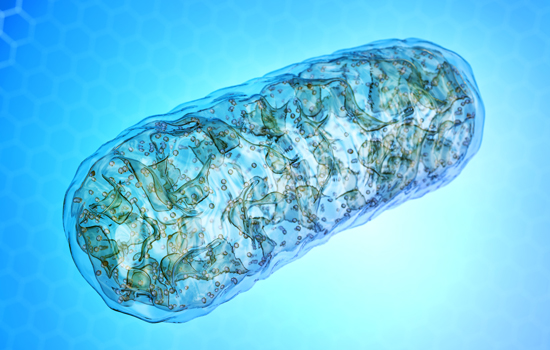 The study, published by the Royal Society today, comes as a Senate Inquiry into Mitochondrial Donation is due to finalise its investigations next month.

It is believed around one in 200 people carry mutations in the mitochondrial DNA, which make them vulnerable to developing mitochondrial disease in their lifetimes. Such diseases are devastating, since the mitochondria are the ‘powerhouses of our cells’, providing the energy on which we need to conduct even the most basic of daily tasks.  The Senate Community Affairs Committee is currently considering whether Australia should follow the UK to allow regulated use of mitochondrial donation, which involves the replacement of the mother’s faulty mitochondrial DNA with that of a healthy donor.

“But actually, there is a lot of evidence to suggest that the set of mitochondrial genes an individual inherits from their mother matters,” he said.

“Our results indicate that some mitochondrial gene variants might be great for daughters that inherit them, but not so good for sons, while others might be good for both sexes.”

Lead study author Dr Florencia Camus, who undertook the study as a PhD student supervised by Associate Professor Dowling, said it was commonly known that we received half our DNA from each of our parents, however the mitochondrial DNA was only inherited from our mothers.

This asymmetry in inheritance creates the conditions required for male-harming mutations to creep into the mitochondria, leading to health differences between the sexes, a hypothesis termed ‘Mothers Curse’.

“In this paper, we tested this hypothesis, in fruit flies. While flies are not humans, they possess the same set of mitochondrial genes as humans, and the genetics of these genes is nearly identical to the mitochondrial genetics of humans. So, tests in flies can inform about the processes likely at play in humans.”

“We found that some mutations in the mitochondrial DNA are indeed ‘sexually antagonistic’ -- good for one sex but bad for the other.”

Associate Professor Dowling elaborated that this study provided the first solid experimental evidence that maternal inheritance of the mitochondria can lead to a “perverse evolutionary outcome” in animals, by facilitating the accumulation of mutations within the mitochondrial DNA that actually increase the reproductive success of females, but at the expense of reproductive success in males.

“What this means is that many of the differences we see between males and females, in terms of longevity, or fertility, might be tracked back to sexual conflict within our energy producing genes,” said Associate Professor Dowling.

Associate Professor Dowling believes that while mitochondrial donation was likely to be mainly beneficial, by resulting in a child that was free of mitochondrial disease, we need to be careful that the technique does not lead to unintended health effects in the children.

“When it comes to mitochondrial donation, we need to ensure risk mitigation strategies are in place to ensure the technique works as intended.”