International research involving Monash biologists has provided new insights into how the feeding habits of the whale – the biggest animal – have evolved.

The research, led by Monash University and Museums Victoria was published in the Royal Society Journal Biology Letters, and is the first to show that ancient whales had sharp teeth, suggesting they were ferocious predators.

“Contrary to what many people thought, it seems that that whales never used their teeth as a sieve, and instead evolved their signature filter feeding strategy only later – maybe after their teeth had already been lost,” said study lead co-author Associate Professor Alistair Evans, from the Monash School of Biological Sciences.

“Our findings provide crucial new insights into how the biggest animals ever evolved their most important trait: filter feeding,” he said. 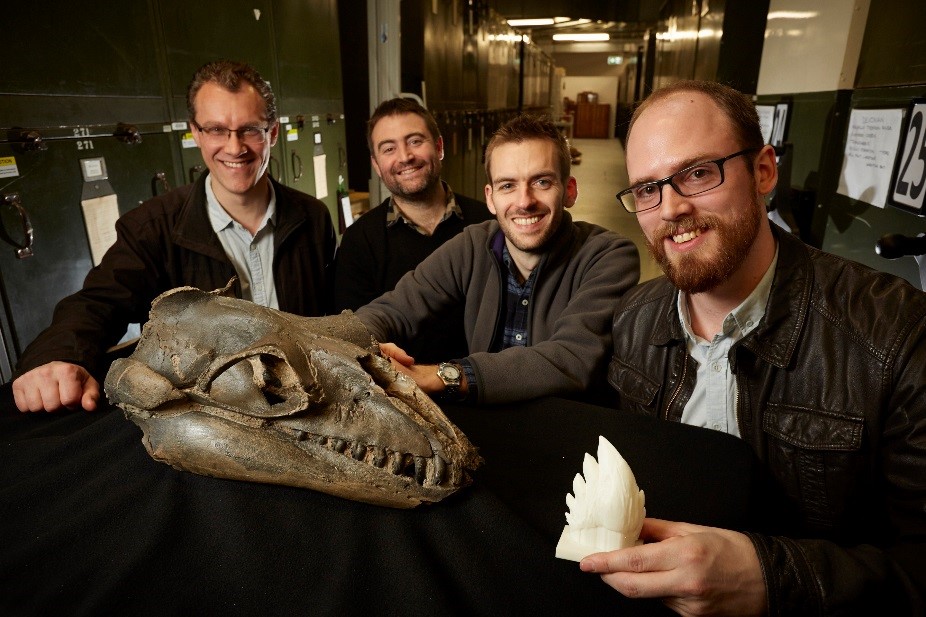 “Filter feeding is the defining trait of modern whales - there are few ways in which this unique strategy could have evolved from tooth-bearing, predatory ancestors, and our study firmly rules out one of them.”

Researchers studied the 3D shape of fossil and modern teeth from museum collections in Australia and overseas.

They compared how sharp the teeth of ancient whales were relative to those of modern predators, like dingoes and lions.

Teeth are the main tool used during feeding and their shape reveals much about how and what animals eat.

“By contrast, species that use their teeth as a sieve have blunt teeth with rounded edges that help to filter prey from water.

“We found that ancient whales had sharp teeth similar to lions and dingoes so it likely they used their teeth to kill rather than filter.”