Monash University’s Nova Rover Team has become the first Australian student group to be selected to compete in the University Rover Challenge, an international competition to design and build the next generation of Mars rovers that will one day work alongside human explorers in the field.

In an extremely competitive process, Rovey the Mars rover defeated high-profile competitors from the US and Europe (including University College London, McGill and Harvard Universities) to land a spot in the finals. The Monash team is also the first team from the Southern Hemisphere to compete in the finals.

Held in Utah, the Monash University team will be one of 36 international teams competing for cash prizes and a trip to present at the annual International Mars Society Convention.

Comprising of mostly science and engineering students, the Monash Nova Rover Team will be assessed on their ability to develop a mobile robotic device that can successfully assist with field work in a hostile environment such as the planet Mars. 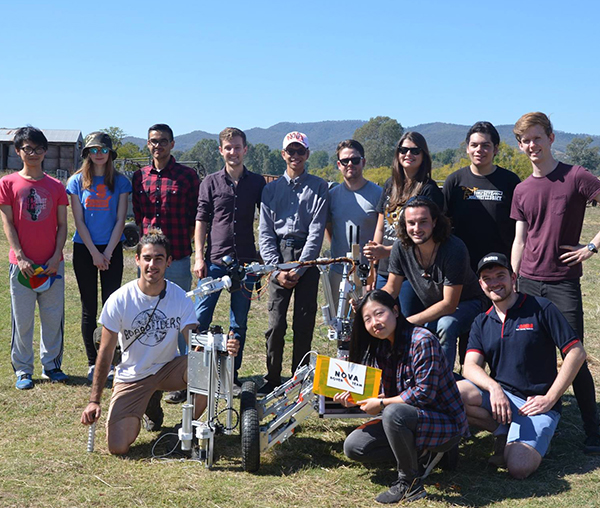 The team behind Rovey the Mars Rover knocked out bigger competitors to become the first uni rover from Australia and the Southern Hemisphere to qualify as a finalist at the University Rover Challenge 2018.

Says Science Team Lead Daniel Ricardo, Bachelor of Science Geoscience (Extended) and Biochemistry student, "We're absolutely blown away by the opportunity to represent Australia at the URC, alongside equally talented and high calibre teams from across the globe.

We conducted a field test during mid-semester break where we conducted a full systems test and trial run to iron out any kinks and identify areas to work on in the lead up to the competition."

“The rover has to have the capability to function as a field work assistant that can bring materials and information back to a base station,” according to Team Leader Ben Steer, Bachelor of Engineering (Mechatronics) and Bachelor of Science (Computational Science and Mathematics) .

“It needs to traverse extreme terrain, navigate autonomously and conduct field work tasks, including collection and analysis of geological samples. We’ll be assessed on how well the rover can do this, as well as the science behind our methods,” he said.

Boasting a multi-disciplinary team including students from Science, Law, Business, Engineering and Medicine, the members applied cross-disciplinary learnings into the design of the rover (nicknamed ‘Rovey’).

The Science team’s geological understanding of the Mars environment, combined with the design expertise of the Engineering team resulted in a rover design that can potentially be used in future manned missions to the Red Planet.